Classic: a book which people praise and don’t read

I’m hoping you can understand my level of embarrassment. Way back when I had this brilliant idea for a blog series, I thought “and I’ll run through all the classic horror monster tales too”. Sure! Easy! So I started with ones I knew well like Dracula and Frankenstein, and filled in with some I’d read only once or twice (Invisible Man,  then Jekyll and Hyde). I’ll eventually get to the Mummy. And of course, I figured, at some point I’d clean up the set, swing by and just read, you know, that first classic story about… well YOU know, the one they made all the movies after… the book, the story, you know– about the Werewolf?

Right, so not. There, I admit it. Were you fooled too?

But this only made me more interested: this week we’ll look at the classic none of us have read, because no dead guy or gal ever got around to writing it. Instead WE will do the job! Because face it, right, we got this one. Everybody knows the story of the werewolf.

What History Gave Us

My first instinct, when I realized there was no THE book of the Werewolf, was that of the history major- “well gosh, I’ve got to read SOMETHING”. I found this dandy volume from 1865 which sums it all up– {Note: the most annoying thing about people who know foreign languages well is that they feel compelled to leave key passages untranslated}. But it’s amazing really, how things tied together across many cultures, a lot of similar features 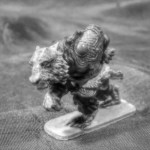 to tales of “werewolves” or even other kinds of shapeshifting such as rakshasas in India (tiger), or swan transformations (as in the fairy tales).

For the werewolf, though, a special set of circumstances and some will sound familiar:

Yeah seriously, more often than not the wolf-man can do it when he likes. Sometimes he’s 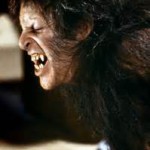 forced to stay in animal form for years, but usually he can put it on and off at will. In fact, in some of the Germanic tales it’s literally a wolf-skin and he dons it to go all growlie. That pulls his character pretty far down, when you consider the other factors.

Fierce, and a Bully

The lycanthrope becomes immensely strong and powerful for any kind of fight, and gains animal-like ferocity (ignores pain, rends limb from limb, eats victims). Again from history, one source of werewolf tales could be the Viking berserker, getting into a mystic state 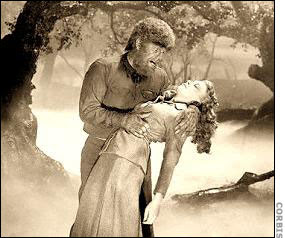 before attacking. It seemed supernatural then (today, we’d know it was just steroids). Yet time and again, the werewolf prefers attacking the helpless, women and children, presumably because they taste better.

The wolfman is essentially an outlaw. This rather obvious point was driven home to me with great effect as I studied the issue. Literally, the old Anglo-Saxon term “wolf’s head” was a synonym used on outlaws like Robin Hood (and that was an unfair label, for him). They run in the woods, murder and maim. The villain is not himself when he commits crimes– an excuse? Society’s excuse? Point is, in the ARW, you don’t make a comeback from this– once beyond the pale, you’re going down sooner or later.

Weakened After, Vulnerable  Only Then

Lots of the stories have the returned man lying prostrate, exhausted after a romp. That’s the only way some of them get captured. One minute roaring and fleeing into the forest, the next all hunched on the ground, weeping. This is where it bridges into the Alleged Real World: apparently lots of guys caught doing awful things to women and children, freely admitted to being what everyone thought they might be– werewolves. And confessed (somehow), and went to their deaths a local legend. Go figure.

Faced with a complete lack of an original written tale,  someone’s labor of love to screw up, Hollywood has been forced into a more creative mode than you would normally see. I knew that coming in, with the paltry few instances of wolf-dom I’d seen on the screen. But just as with the books, I had no idea the volume. Here’s just one great site I found with lots of deets on the whole history. I drew on a combination of the old and new, from the seminal Le Loup Garou (1923) through the classic The Wolf Man (1941, Lon Chaney) and thinking about more recent works like the ineffable Ladyhawke (1985), Van Helsing (2004) and the Underworld series (2003+) as well as lesser-known films I happened to have seen such as the Ginger Snap series (2000+). I left out pretty much everything from TV (like, sorry, Scooby-Doo!), and one parenthetical mention of a lycanthropic/history flick with my highest recommendation which doesn’t really fit the mold– but check out The 13th Warrior if you’re into gritty near-history stuff. Or Antonio Banderas. 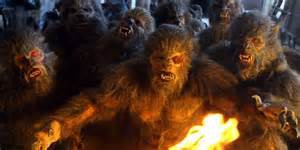 Werewolves are not solitary, far from the only one in the world. Odd, isn’t it? The term “lone wolf” is just as popular as “wolf pack”. You see the latter especially in the Underworld series of course. But it also makes for a dandy sequel. Glad we finally killed the– hey, nasty cut you got there…

Oh Yeah, Moon Without a Doubt

rising/sight of the moon. Of course, it being the movies, we get a lot of play out of the moon peeking from behind a cloud, and only THEN does he change. But you gotta’ think about it a little- isn’t the moon always up somewhere? Is this incredible transmogrification actually blocked by water vapor? And if it’s not full, you know, don’t get me started because we

know the whole thing is still THERE. But evidently it’s moonshine that does the trick. Which I think a lot of us could agree with if we were honest with ourselves…

Wolf-persons can be female, and even teens (though the latter case tends toward the comic). With women, there’s more than a tiny overtone of the relationship between the transformation and sex: guys are coming on to the MC, or threatening her with death for her supposed tempting ways.  Of course, back in male-dominated history there’s a bit of this too: guy gets hairy, tears off his clothes, goes nuts, and afterwards he’s pretty much good for nothing… see what I mean? 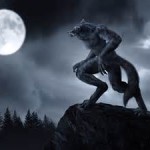 For Hollywood, a horror movie is an opportunity to watch only the fittest survive. And that’s usually not very many. Sidekicks, Onlookers, Authority Figures, even Antagonists can all be targets once the MC gets his howl on. This is usually the only feature of a horror movie I can get up for, identifying which of the Seven Vices each minor character represents and musing on the order in which they go down. Usually it’s Lust and Cowardice first… but the plucky pair who show courage, self-sacrifice, all that. They get out. In a werewolf flick, this could be the Hero and the Soul-Mate.

The wrinkle with the werewolf (‘wrinkled werewolf’, say that three times fast) is at least one of the bad guys is after, you know, a raving monster, to get him and save the town and such. Sure, he’s probably also a dope– arrogant, cruel, or maybe worst of all, got eyes with wolfie’s Soul-Mate. 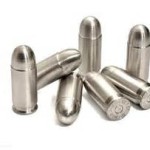 Combine the involuntary nature of the change with the presence of a love interest and you reverse polarity on the societal response to the lycanthrope. Becoming a werewolf puts you beyond the law, so the plot usually revolves around trying to avoid the change. I think of the yeoman efforts Quentin Collins underwent in Dark Shadows, that wonderful bizarre TV show and still the only soap opera I ever watched. Sure, he never avoided 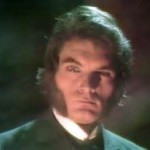 it, he usually killed somebody: but it was always an annoying twit who was chasing him anyway and would have ruined it for everyone if he blabbed. A bit of David Banner (Bill Bixby’s version of The Incredible Hulk); you rooted for Quentin (wow, sideburns were cool back then, and velvet lapels).

So- Where Does That Leave the Tale?

Now, down to work. We’ve got to put together THE werewolf story, and it has to be… well, a classic! I’m going to suggest some elements, and then you come back in the comments with your feedback and requests. I’ll use a male for clarity but clearly this one could go either way.

In THE werewolf tale, the Classic That Was Never Written:

Your turn! What did I miss, what should THE classic tale of the Werewolf have in it? Comment, blast your hides, stop mooning about and let your opinion be known. 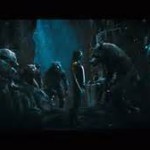 This could have been a State of the Lands column, because I have seen lycanthropes in the Lands of Hope. A few. Alright, two. As of this column they are both in the future, meaning in WiPs that haven’t yet been completed. But one has been introduced (the very nasty Salivarr, in Fencing Reputation) and the other, who almost fits the classic mold here, will be visible in 2016 when The Eye of Kog reaches publication. But for now, we have a story to outline here! Thanks for helping.