You very well might regret this. But a promise is a promise.

Last week I laid out some of the reasons we play games so much (though likely not as much as we’d want). This train of thought left the station when I received a package from my best friend Bill Michaels. 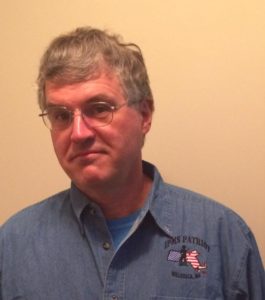 {William Louis Michaels, truth be known. Born less than two weeks and closer than six miles away from me, to a family that my folks were already friends with. They SAY they did not consult on the first or middle name… seems kind of karmic to me. So sure, we’ve been best friends since ever.}

So Bill Michaels and I played these games in a box, with friends and without, maybe a dronkzillion hours, maybe more. We two were pretty well matched overall– he was more patient, I sometimes took a risk that worked. Remember back then, no PC games, no internet. You sent in money for a wargame and you waited 6-8 weeks, which is like four years in teenager time, and then you ripped it open and played until you couldn’t see whether it was still light out.

These were some of my fondest memories. Then three weeks ago, my best friend Bill Michaels sent me this in the mail. And now it’s quite possible our friendship is over.

The name of the game was Scrimmage. I have not been so profoundly disappointed and 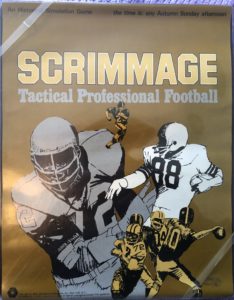 revolted since the last time I ate Brussels Sprouts. {My dad made me eat Brussels Sprouts because Grampy was still living with us and we didn’t want to make him feel bad. I ate them last, and then went to throw up immediately.}

But my best friend, all my friends together plus my dad couldn’t make me play Scrimmage again.

They Were Trying. (Very Trying)

I get the idea though. In the mid-70s two things in my life were taking off in popularity: professional football and simulation wargames. The former, perhaps you already know? All 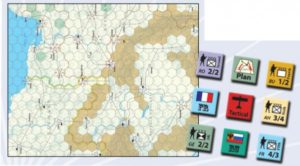 the guys at school followed their pro teams, but my high school wasn’t rich enough to field one. And the nerd-geek group (which included a couple athletic guys rolling dice with us, on the down-low) was just discovering these incredibly complex, involved wargames that you could send away for in the mail, or even subscribe to. People were starting to play these simulations of famous battles like Crecy, Borodino, Midway; or even replay entire wars or the course of an empire’s conquests. The scale could be that big; four hundred die-cut counters stacked up in rows, each turn might represent a year or fifty, the stakes were maybe the survival of the Roman Empire. We ate that stuff up with a spoon.

And someone got the idea that the nation’s fast-becoming-most-popular sport and this nice new niche hobby would be like chocolate and peanut butter. So they put them together.

And it was a disaster.

I KNOW You Didn’t Play It!

I told you that before, remember? So my challenge on this blog was to convince you that a game you never tried was in fact the worst one ever made. Let’s review those reasons and how Scrimmage so perfectly does not fit them.

Nobody wins in Scrimmage. I mean it. Bill Michaels and I tried  to play it twice, and he may have convinced someone else to try with him. We got nowhere, because the game-play in this simulation is beyond-words complicated and mushy. At the snap of the ball, all the offensive linemen try to lay a hit on the defender nearest them, you know. But Scrimmage made you parse out each Movement Point, the penalty for trying to turn when a defender is adjacent, etc. and so forth to drive you utterly mad. You rolled probably two or three times to determine if, in fact, your left tackle had made some kind of contact (two more rolls to figure out if the defender was, in fact, stunned by this and to what degree). And then the left guard tries to hit his guy, and so on down the line. Nothing, absolutely nothing happened automatically or could be skipped or collapsed into another step for the sake of time.

I am not kidding you, thirty die rolls and at least ten minutes before I could proceed to the part where the QB tries to hand off the ball to the RB.

Because You Are Getting Better 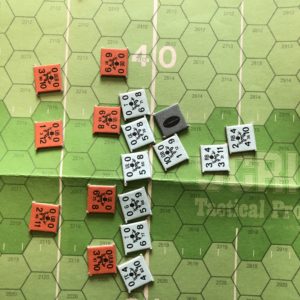 The incredible lack of enjoyment bled over into any hope for improvement here. We knew immediately, this was never going to be the next chess, or Risk, Diplomacy etc. So first off– how could you get any better without an enormous investment of time? And it was time-out-of-time for us because the scale was reversed. If you spend a half-hour moving pieces around and rolling dice, you want that one turn to represent the movement, risk and possible death of thousands of people over the course of a year, or maybe twenty. We spent a half hour of our young lives to simulate the first maybe seven seconds of a single play. You can’t improve when you start out so far behind; nobody can hope to get less-far behind.

Because You Learn Something

Here’s where the game, pardon the pun, really fumbled. This wasn’t like an historical wargame, where you absorbed the rules and took the setup and take-down time on your back because you might see something about the factors that led to victory in ancient days. Those games taught us that (I know it wasn’t for everyone, but trust me)– we delighted in learning together that yeah, missile fire can be important but dude, you can’t leave those guys uncovered they have NO DEFENSE up close. You celebrated when the leader’s morale roll got ten thousand men to turn around and rally back. You enjoyed how your opponent rushed into the canyon where your artillery could really make him pay.

Because you weren’t insane enough to want to ACTUALLY do any of those things. We all WANTED to be generals of the armchair variety.

But football we wanted to PLAY. And we could watch the real thing every weekend. We longed to be better at THAT; or failing that, we wanted to be more knowledgeable fans of the game. But what does turning your square-cut counter to the right facing in a six-sided hex teach you? Luck plays a part in a lot of games, but it’s no substitute for the gladiatorial quality of football. How does rolling a die actually blast open a hole for your QB to scramble upfield?

So this was a non-starter from the jump– nobody wanted to get better at moving football counters across a hex map, full stop.

Dude, the magnetic  football game with the vibrating board was ten times more fun.

Make a quick list of “outrageous things in football”. {People who hate the sport, you’re all excused, save your snark for the next political rant on FB.} The rest of you, consider:

The Scrimmage map doesn’t even have end-zones on it. The rules say there was a problem at the printer, and there an end. So when you score, you literally leave the field.

-Hard count or roughing the passer gives you a first down

There are no penalties in Scrimmage. No rules for them whatsoever. All the players behave themselves perfectly. As I think on it this was a dramatic flaw- you’re already rolling the die a billion times, why not have some kind of panic-roll to simulate a flag on the play? But that’s bailing the Titanic with a slotted spoon.

Again, no rules about Field Goals. In fact there is no kicking of any kind in the game. Did they miss the part about the foot, in FOOTBALL?

This is one thing they DID allow for in the rules, and some of the counters have words on them like “Lat Pass Left”. Again, a flea-flicker would require at least thirty-five minutes and eighty-seven die rolls to run. Who’s tricked, your opponent? I’m thinking “no” on that one.

The game with the folded-paper triangle that you knocked with your fingers was a heart-attack thriller compared to Scrimmage. I have watched the Giants lose by thirty points and had more fun.

So, Thanks Bill Michaels FOR NOTHING!

Seriously, I really enjoyed thinking back about just how dreadfully bad this game was, and it all started when my best friend couldn’t even get a dollar for it at the local yard sale. So he decided to send it to me, probably the only other guy in the multiverse able to appreciate just what a white elephant it was. Priceless, in that sense.

I have played games ever since. Role-played for decades, planting the seed for a writing vocation that’s counting down to a million words in print. I have designed simulations for my history classes about the Boston Massacre Trial, the war of ideas during the French Revolution, life and death in a small English village during the Bubonic Plague, Romans versus Christians in the early centuries AD, and many more. My high school and college friends bathed in games, and it’s become a big part of me. Another close friend just put me onto Hearthstone last week.

And that one was the worst.