Thou art wise to consider such a synthesis, Solemn. There are many worlds, yet only a single Nature.

-Final Judgement, “The Eye of Kog”

At first I thought this was not a truly worthwhile topic. Transportation, seriously? What could be more obvious; folks in the Alleged Real World can travel further and faster, duh. Well, except for the magic parts… and traffic jams OK. We use more metal when we travel; the Heroes of the Lands, oftentimes, take out the metal once they arrive. It’s a question of 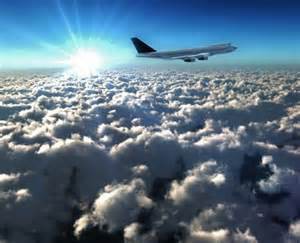 whether the end is the means, when looking at moving in the two worlds I know of.

What lecture should I offer to fellow residents of the ARW about what it means to travel? I’ve been privileged to ride first class on train and plane, helped to sail a trimaran, looked down from a (safely-tethered) balloon, and pretended to be on all of those vehicles as a child, riding my bike for endless hours. Jumping in the car with the family and driving further than a wagon-train could go in a week? No big deal, be back home in time to feed the cats. I take travel casually, don’t you? We need to hit three cities in different parts of the country on business, an expedition that would have taken DeSoto or Polo weeks to arrange, forty men to support, and have no certain chance of success. Now, it’s click-click on a screen, ho-hum and what did you bring me? By any comparison to the Lands of Hope, traveling across the Alleged Real World means we’re already there. 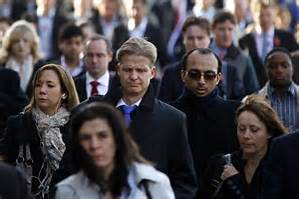 And gobs of us are there. We travel in myriad packs, we flow like water in and out of airports and carparks, released through gates at the sound of a bell like some plethora of greyhounds. The race is all, but we don’t expend much effort, mighty engines do the work. Heads half-down, we pass canyons and forests but stare at screens we already had back home. There’s a kind of horrid, undifferentiated sameness to the traveler, because nothing exists except the destination. Our name is legion.

In the Lands of Hope, the great majority don’t travel at all. The heroes of ancient days, much like the adventurers of more recent times, are distinguished by– and feared for– the distances they cover. Because it’s hard, for one thing. I have estimates, in my notes, about the space one can cover in a full day’s riding, or walking, and the numbers are pathetically small. The Lands are roughly the size of the continental US turned on its side, around 3,000 miles north to south and at least 1,000 wide between the Western Sea and the Swords of Stone. A few people, a very few, can use hoof or keel to move them about. The rest need to walk, and most, quite understandably, never bother. 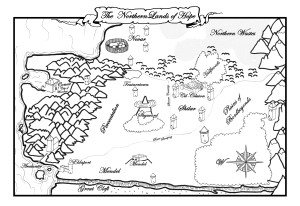 Solemn Judgement undertakes a great peregrination of three kingdoms in The Eye of Kog. Ejected from Conar (picture the “10” on a clock), he sails south (counter-clockwise) for more than three weeks in his one-man skiff to the Elven land of Mendel (“7”). There, he is denied the convenience of further travel up the River Sweeping and is forced to walk to the capital fourscore leagues inland. Being neither wealthy nor well-liked, Judgement needs to stop along the way and work off his passage at the estate of a local Theme. He receives mail from his friend Cedrith too late to arrive in the city before his wedding day. On to the ferry crossing and into Shilar (“4”), he hikes north across that kingdom to the foreboding wildlands of the Plains of Ranebruh (“2”), where he can at last hope to locate a dread secret that may protect the Children of Hope from the curse of necromancy. If he’s not eaten first. It’s five hundred leagues if it’s a step, at least half that distance solely on foot (pun). When Solemn Judgement approaches a village, the sound of his boots and iron-shod staff are enough to unnerve the inhabitants.

Tak ting-tak, tak ting-tak, a measured, relentless pace clicking closer and hinting at doom. Strangers always attracted attention here in the remote northern reaches of Shilar, and in winter they were as rare as warm days. Several dozen people had gathered between their cottages before they could even be certain whether it was man or woman who approached along the south road.

No one in the village of Barden had ever seen the Man in Grey before, but that made them only more certain what to do.

-Excerpt from The Eye of Kog

Judgement is a hard man despite his youth. The scary parts, the ones I tell you about with 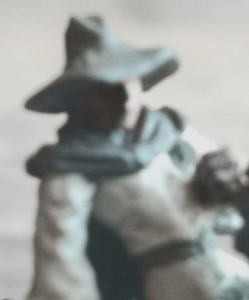 tombs and sorcerous bolts and ghouls in them, sometimes pale in my mind compared to the staggering alone-ness he suffers, walking endlessly from hamlet to town, varying the lack of company on the way only with the distaste of everyone he meets when he arrives. In the book I’m chronicling now, he has been in the Lands of Hope for less than eight months. In that time he’s covered enough miles on foot to get a free flight to Disney World. For two. But why would he ever go? And who could he possibly ask to come along?

How Slow Can You Go?

Yet Judgement sets a strong pace when he walks, alone and without treasure. Sometimes the price you pay for company in the Lands of Hope is moving at a crawl. In The Plane of Dreams, a party of adventuring types has arrived in the southern city of Wanlock, telling 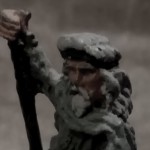 tales too tall to be believed if not for the priceless artefact they have with them. From deep in the desert, a party of nine would-be heroes  hauled out a human skeleton turned to solid gold, a distance of at least 50 leagues from the subterranean Despairing city of Jengesalamur. I was so fascinated by this exploit I did some back-of-the-envelope calculations about the weight and the strength of the party. It’s a staggering feat, and “stagger” probably best describes their pace for most of the distance they covered. But all that wealth… and did I mention the nine-foot animated iron statue pursuing them? No white Bronco could hold a candle to the drama of the low-speed chase I witnessed coming off the Shimmering Mindsea in 2002 ADR. It’s nothing we in the ARW would trouble with. We either move it at 60 mph or we leave it behind.

So in the Land of Hope, the journey is itself an adventure, not measured by distance so 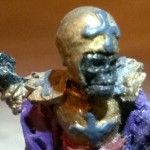 much as the purpose (which on its face is often life-threatening) and by the company kept on the way. It can take what seems like forever. I often tell you about the part of the characters’ lives that you pay least attention to in your own. 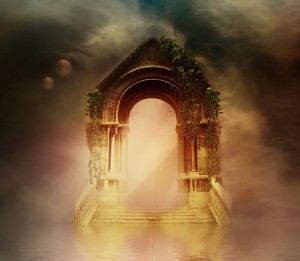 But they can also cover limitless spaces in the blink of an eye. The major cities of the Lands are endowed with gates, and now that things are starting to pop as the Age of Emptiness ends, a few are using them. Poor beleaguered Cedrith, wanting nothing more than to return to his homeland and marry his beloved Kia, is able to win such a trip in The Eye of Kog. Immediately recalled to Conar, he insists on the ceremony, and is denied the honeymoon. His travails, as seen in his later letters from the road, sound somewhat modern as he frets over separation from his bride on the long overland route from Conar to Shilar– 10 to 2 in clockwise fashion– where the small towns have no gates and those at the destination have forgotten how to use them. 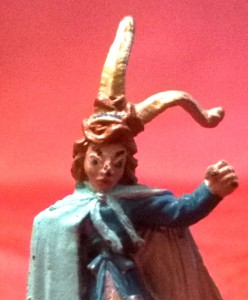 The heroes of later years sold that golden skeleton, then traveled without moving an inch, as they had to fall asleep to access the Plane of Dreams. But the first stage, finding the Chamber of the Troll Kings where their nightmare-trip could start, was a slog through many dangers and grim opponents. And the Plane itself is both nearer and farther than any terrestrial voyage could be. You’d have to ask Galethiel the specifics, or perhaps the Man in Grey she met there. But don’t expect either one to be too talkative.

No matter the distance, the journey itself, I find time and again is the part I need to tell you about. It doesn’t really matter if you drive or fly hundreds of miles a week, or never leave your own back yard; if you take your “where” for granted, then any time you have to think about it becomes an adventure. No conflict, no story sure; but maybe we should be a bit 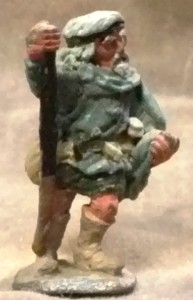 less focused (driven!) to “get there”, as if our whole tale lies at the end of the line. As a chronicler I hope to take readers on a kind of journey– like a dreamquest or vision– that could bring you as far away as you’ve ever been here. Yet you can stay on the couch the whole time!