I’m outlining a process on how to furtively put a whole new world over on your reader. Don’t tell them we’re doing this, or else they’ll only pay more attention…

The next few steps are so similar in tone I’ve gone back and forth about which order to place them. We’re way past the beginning-middle-end here, and what I’m calling the How might seem to you to be more of the When or Who. Don’t get bogged down in that, just take a look at this and see if it rings a bell in your mind. Use it if it helps you to write and keeps you on the story.

I think this part can be very hard for the author; it certainly was for me. And if I may say so, the drive to write a lot, the NaNoWriMo on Steroids mentality probably contributes to the issue. Think about volleyball.

World-Building is NOT a Set-Up

So you’re ripping along through a terrific new tale and trying to just get the plot out, that first draft done. At that speed, you tend to see the “spike”, you know? (Athletes call it a “kill” but I didn’t want anyone to take that literally) That fantastic twist, the battle breaking 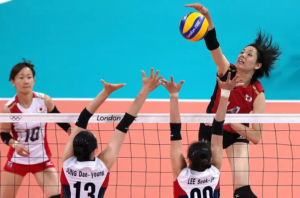 out, the moment of betrayal. You’ve probably got a specific description or line in mind for it- often on first draft I find that the prose at these plot-peaks comes fairly easily. Like the favorite moment in a movie.

But back it up.

In volleyball, the serve comes over from the other side and the pattern is generally Dig, Set, 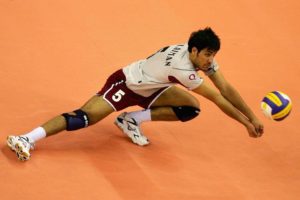 Spike. Think about the newspaper or a sports magazine. Do they often show you the moment of the Dig? Maybe, if she’s laying out to keep the ball off the ground. But not that likely. The Spike, baby, THAT’s what they pay to see. But nobody Digs it up to a Spike on a regular basis.

When you’re writing, I think you often see the Dig (impact of a major development in the plot) and of course the Spike 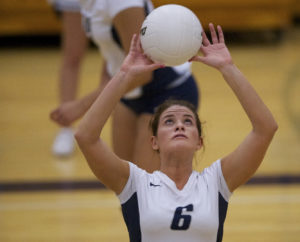 (the outcome or reaction that drives the plot forward). But trying to get from A to C without passing through B seldom works out well. And you’re drafting in a hurry, you’re on deadline.

But hey look, here’s this bit of world-building! And it’s SORT of related, and you know about it already and you love it, so you drop it in right there and keep going.

WHICH IS FINE. For NaNoWriMo, for a first draft. But do you come back to it and truly study what needs to be there, of that bloc of text you dropped in at light speed to reach your target? World building should be a little bit like the three times players touch the volleyball. Readers are interested enough to hear tugh-pep-SPEZH with lots of movement and running in between. But pure world-building is like a volleyball game where one player catches the ball and holds on. Bad form. Viewers change the channel.

The Fabric of Your World

Some of this advice may seem familiar. I told you not all at once, I urged you to think in terms of a couple of sentences at a time. Don’t feel you have to cover everything, certainly not simultaneously. Don’t lecture the readers, entice them. Here I’m focusing on the manner in

which you show them what you’re going to show them. Like the Dig, Set and Spike, the reader feels fine with the world-building of your story when you reveal how clearly it relates to the plot, how it informs the heroes’ character, and perhaps just “touches” on the theme of your tale. When you give them background and detail knitted into what the characters are doing at that moment, or with an obvious connection to what they (or anyone) would be thinking during that time… then, an incredible thing happens.

Not only will well-structured, relatable world-building not burn the candle or push the sun down as fast, it can even make more wax, and a longer day appear. The reader sees the Dig, Set, Spike and becomes MORE excited about what you’re showing them. It all makes sense, the threads of your story-tapestry begin to emerge as an image like the ones Penelope and Arachne wove into their looms. The reader gets hooked, not just interested but even proud of what they know– a co-owner of the world experience. They can begin to see what it all means now, how it works. 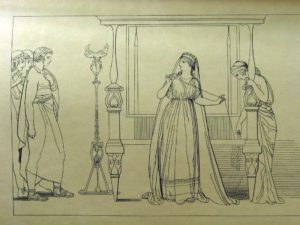 Learn from the ancients. Ulysses’ wife had to delay the ardent suitors by weaving her dower-tapestry by day, then unraveling it each night. The moral of the story is that men who see a hot woman become really stupid. But the suitors are also impatient and ungrateful, like somebody else we know. Weave your draft too fast, keep everything you did the first time, finish too soon, and you could wind up unhappily married to it.

In Exemplum Gratia: A Simple Thing 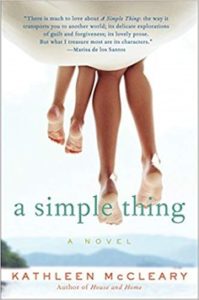 Kathleen McCleary’s literary fiction novel is an excellent example of the Where as well as the How of world-building. Full disclosure, she is a college classmate of mine and there’s probably no other reason I would ever have read something with no swords, few men, not so much as a punch thrown in anger and worse yet, not a true villain in sight. You won’t see me back in this aisle of the virtual bookstore very often– but I know great world-building when it clubs me over the head.

Remember I said that fiction set in the Alleged Real World actually has a tougher job in some ways. The default setting is not a big problem; so how is the reader going to be shown this escape destination? As the tale opens, the main character is on a ferry boat in Puget Sound with her two children. You gradually and smoothly come to understand:

And so in the first chapter, as they sail on the ferry and people chat about who is waiting for them, the house they’re renting, and the daughter doesn’t chat about anything because she’s fuming– through all that completely ARW plot development, you see the clear outlines of the world McCleary is building.

In the mother’s mind.

We are so going to have to go in there, and learn about the past through not only her life but those of several people she meets. And it is a laundry-list of all the perils I’ve been warning about: it’s flashback, and info-dumping, and absolutely reams of stuff you have to know about what’s already happened in the distant past (for a ARW plot, I mean- a few decades, but still!). Yet the red flags don’t matter, McCleary sails past them like that ferry boat, because she weaves it into the plot, she reveals it in the words and deeds of her characters, each bit in its proper time, each paragraph focused clearly on what someone is doing and feeling appropriate to the moment.

Kathleen McCleary doesn’t need my recommendation, she’s nationally published and you can see her articles in Parade Magazine and elsewhere. I think it’s important to pull at least one example from the current day and the ranks of our colleagues: as encouragement but also to illustrate the idea of “no option to world-building” I mentioned for fiction authors of any genre. I’m actually not sure if even memoir or autobiography gets a pass from this. The reader will of course find out more about themselves from experiencing your tale: but it must be through the vehicle of escape. Maybe we all find the familiar only through the strange, or something deep like that.

What I want to emphasize here though is how difficult, in many ways, it must be to bring that voyage from strangeness to intimacy without leaving our world behind.

Easy to say. But remember, Hawthorne lived two hundred years ago. And it’s only “historical romance” to us, now. In his day, Nat was writing essentially literary fiction! 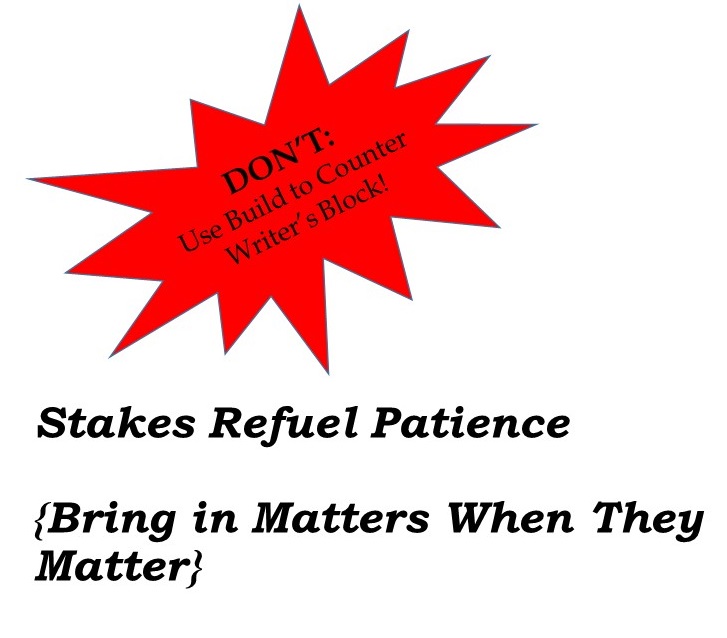 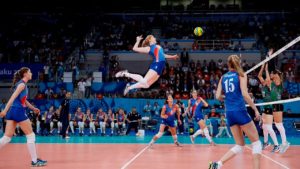 Find the Dig and Set in the way the plot unrolls, and divvy up the world-building to use those threads where they make sense, adding to the tapestry of your tale. You may find the reader forgets all about losing their patience like they originally intended. Do it well and you could even draw readers from outside your tribe.

Of course we still need to clarify this important theme and I’ve got two kissing-cousins of the How to talk about. Check back next time for the Where and Who. And let us know how your world-building journey is going, whether these ideas are helping you build sneaky.