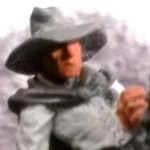 The fourth volume of the epic fantasy Judgement’s Tale is now published as an e-book. This is the climax for both Solemn Judgement and Treaman, far apart and unaware they face the same foes, each one with a hand on the wheels of destiny. You also see other characters shine, as Renan reaches his new home, Alaetar displays some of his miraculous power, and Cedrith finds ample time to regret his rash decision to accompany the adventurers.

And if you like these marvelous folk I have good news. The tale continues 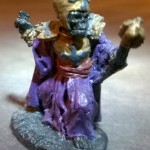 (for those who survive) later this year  in The Eye of Kog. Thanks to everyone who has lent their support and put such kind words out about the Lands of Hope. I am eager to hear your feedback about Clash of Wills.

And if you’re just discovering the Lands of Hope for the first time, the beginning of this epic tale Games of Chance is available for only 99 cents. 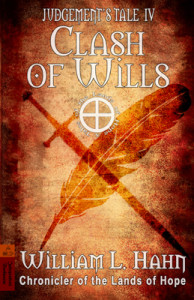 As the heavenly portents align, a mystic portal to the Hopeward opens again, letting a few goodly souls enter the prison where a comrade was marooned and evil beyond measure has laid a trap. For the heroes, it is not enough to uncover danger—wit and skill can carry them to its presence, but resolve and sacrifice are needed to defeat it. If it can be defeated. The challenge is often to choose one wrong over another, to accept the consequences when only the one prize most dear can be saved.

Treaman and his adventuring party discover just how quickly fame and fortune evaporate, once back in the clutches of the Percentalion; three miserable refugees of that chaos-cursed land will die unless the star-gazing preacher Alaetar can beat back the monsters at their heels.

And Solemn Judgement, the Man in Grey, faces an undead thane of ancient times; he must decide whether the only friends he has ever found will live, or if the Lands will again suffer the curse of Despair when facing the… Clash of Wills