Here’s another installment of the series that compares life in the Lands of Hope to that in the Alleged Real World. This time I wanted to explore something I’d seen in a positive light (not like Gardening, which still makes my skin crawl); something I knew well and could share thoughts about.

I’ve seen striking similarities between the two worlds before, in my thirty-plus 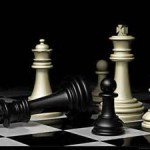 years of chronicling the Lands. There are certain clues, especially in Judgement’s Tale, to make me suspect some kind of physical connection. But you could have knocked me over with a feather, when I saw that they played chess.

Almost exactly the same as we do.

My father, whose intellect I greatly revered, taught me chess when I was six years old. He beat me every SINGLE game, probably ten games a week, for eight years. I learned openings (from his massive, annotated book, the MCO if you’re a fan), 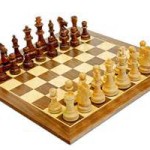 studied mid-game praxis, gambits, theory. This was the late 60s and early 70s; we followed the news about Fisher and Spassky (a man got paid $150,000 to win a match, unthinkable sum of money!). Who could have dreamed there would be talk of cheating, at a chess match?

The day I honestly beat Dad, he suggested I come along to play in tournaments. Imagine the scene: thirty or forty pairs of players at long cafeteria tables, sitting still in a dense haze of cigarette smoke and the only sound that of three dozen ticking timer-clocks. I sometimes took ten minutes to make a single move– but not often, I was too impatient to play well. My opponents, the ones who beat me, took fifteen. I sometimes felt my concentration on the board was a beam of solid 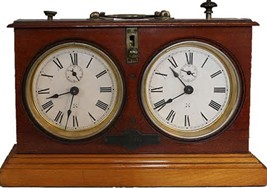 energy; the table seemed lighter, the smell of the smoke was natural. I did not hunger on the weekend of a chess tournament. I mean, I ate enormous sandwiches plus as much candy and soda as I wanted. Yet I would lose seven pounds in two days, from the sheer nervous energy.

For me, the idea of thinking hard, seeing a situation well, being logical, tapping into my soul’s reason– those were all synonymous with learning and playing chess. I suppose it did not surprise me as much, then, to see that other thinking folks also played such games. But not Shogi, as they do in Japan, or Go from China, or Jetan, the variant of chess they play on John Carter’s Mars, or any variation of Draughts, or hop-board as they do in Donaldson’s Mirrors of Mordant. The Children of Hope play honest-to-God chess.

Chess in the Lands 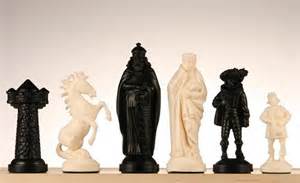 The game in its basic form came over with Conar in the Second Age. During the Third Age, other heroes added rules which spread widely (some familiar, others not). Wizards and leaders in the northern lands play often, and sometimes settle the right to judge a case between competing magistrates. In the southern empire it’s even more widely played, even at country fairs and annual tournaments: all noble children must at least know how to move the pieces or they risk embarrassment.

The differences are very minor– pawns are warriors, bishops are preachers, castling is called investing (a move invented by either Ekhotelh or Aballe). The rule allowing warriors to capture when passed, evidently, was contributed by the Hopelord of Elves Ma-Eldar, governing the chosen moment. Khoirah, before he became the Traitor, innovated a seldom-used rule allowing a warrior reaching the eighth rank to become something other than a queen.

One key rule shows you how the Lands are different from the Alleged Real World. 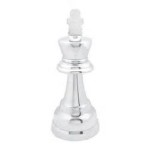 A rarely-invoked rule allows a player once a game to declare that his king has special protection for a limited time, in just the same way that heroes lend aid to devotees who pray to them in battle. Once invoked, the player’s king can neither be placed in check nor captured for that turn, including his opponent’s move. In this way, the king can even capture a heavily-protected piece, provided he has a space to escape to on the following turn. I’ve only seen a few games where the rule has been invoked, usually by the weaker player trying to stave off defeat. But it makes a total hash of the usual method of predicting the next moves. I’ve never seen it, but supposedly if two kings become adjacent because one has declared immunity, the other can do the same and capture him! What a mess. But that’s the life they’re living in the Lands– devotion to one’s hero has this very real consequence, even for those who have never prayed for aid.

If you weren’t alive during the Fisher-Spassky match, it would be an education for you to read up. Most people believe that Fisher was “crazy like a fox”, acting the spoiled brat amateur but really running a serious psychological assault on his Soviet opponent (remember, no one outside the USSR had won the world championship since WW II). Fisher complained about the TV cameras, about noise from the audience, he claimed the white squares were a sixteenth of an inch larger than the black ones… imagine trying to concentrate on the moves when someone has put THAT idea in your head. He brought tins of sardines to the board to eat (you know, holding each one up over his head to drop them in his mouth!). He refused to show up, he gave his opponent a two-game lead, then won three of the next four. The Soviets accused Fisher of using electronic devices, or smearing poison on Spassky’s chair. You thought chess wasn’t a contact sport? Fisher beat Spassky up; a strappado would have been more merciful.

Point is– chess is about pure thought, and reason, logic. WHO are you cheating? 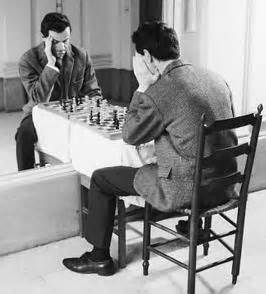 But we live with this whole sub-culture about seeking an edge, because there’s a huge difference between honor and reputation isn’t there? Plenty of folks would rather win than improve their mind: but of course even figuring out how to cheat is a way of sharpening your thoughts! Just not in a healthy direction. In the Lands of Hope, there’s no chess community, no opening books, no reports of tournaments, no great reputation to be won by winning. Players who win achieve honor, and I’m pleased to see that complaints of cheating are rare. That’s the way I remember the sport, hours of honest competition and plenty of players who had better minds than I did. But also some days when I played way over my head. Or maybe a hero helped me… 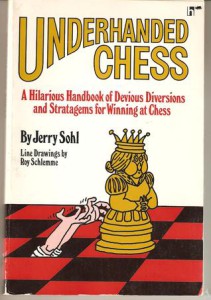 chess. I’ll never forget this quick and hilarious read, and I recommend it– to players in either world!

I went on, to wargames and strategy classics and eventually to the one with figurines and dice. But chess remains the place where my mind was its sharpest, with honor still out there to be won.