I’m featuring sounds from my recent audiobook projects, just for fun, and I hope that this feature of my narration work will resonate with authors and listeners.

This is quite simply that part of the story where one guy is trying to have a civilized afternoon tea. But this is not England in the Alleged Real World, see, it’s an epic fantasy tale, so the adventurers crash the room with urgent requests to look at this book. This huge, old book that they open up on the nice table with all the tea things set in their perfect place. But now it all gets bumped out of the way, because book and clues and adventure. Right?

Here’s the sound, a bunch of tea things getting bumped out of the way to make room for a huge book:

This is why my audiobook projects take so long sometimes. I mean, I already got swords being drawn, I got dragon roars and the sound of money changing hands. I’m ready to perform guys shouting in pain, saluting, stuff like that, no problem. But tea things? And it’s less than three seconds!

I searched up the following sounds:

I took clips from each, altered the dead space between them in some cases, and laid the tracks in parallel.

Labor of love, in the dictionary- picture of me doing this.

Hah! I almost spent another hour trying to find the picture. But if I’ve been successful you can see it already, yes? Something like this from https://www.pxfuel.com/en/free-photo-erxvz: 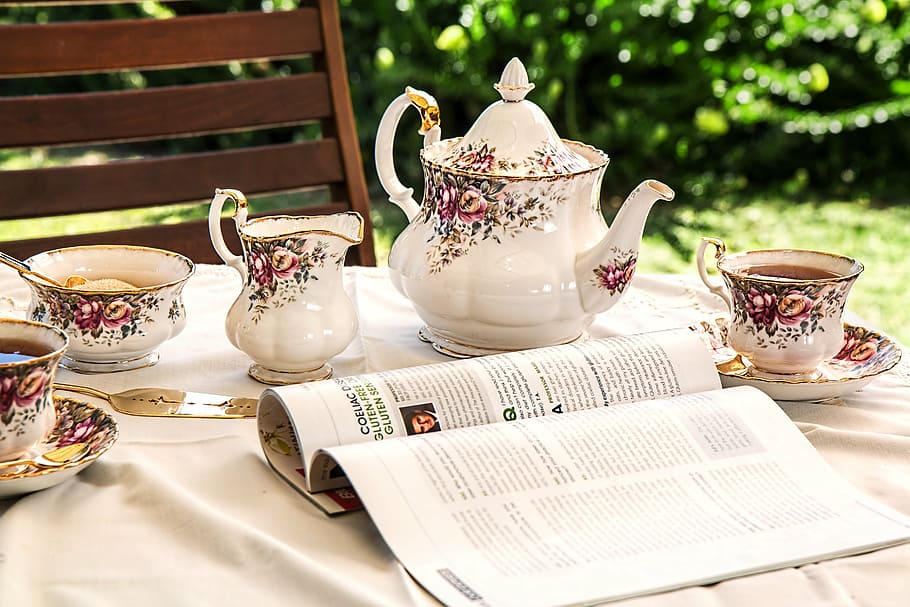 Of course, it was a tome, not a magazine. So sue me.

I believe that the key to good FX is not just bombast or distraction, but also by that just-right sound, the one that goes almost unnoticed behind the narration of the host shouting “see here!” and all the rest. I’m hoping that if I do it right you’ll be immersed and find yourself enjoying the story even more.

Harbingers of Hope is out now in paper and e-book, and will be issued as an audiobook later this fall.

6 thoughts on “Sounds of the Season 3: Valenthur’s Tea”