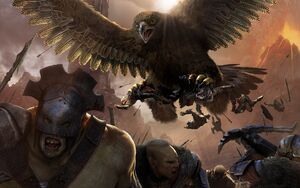 2 thoughts on “Sounds of the Season 2: War Eagles!”