If you’re not building a world for the reader, then you must be telling them only the facts. I can’t help you with that! This series is for those of us who need to be sneaky, to smuggle the unknowing, almost unwilling reader into another place and time without giving them too many clues about what we’re teaching. This is the second of the final three chapters in the series, all related to the nuts-and-bolts level of the job. Here, I will argue that you must make your world-building do double-duty; that the proper place to show the reader something they must know (but don’t want to learn) is the place where something else is also happening.

This notion supplements what I said previously about an engaging context, weaving a tapestry, etc. Whatever image floats your boat, but in this case the camouflage I’m talking about is more related to stress or urgency. So many times we see a block of information about a world’s past, or the workings of magic, or the specific nature of technology or the undead– and it’s just sitting there out in the open, so to speak. Why would the reader want to take time to learn this thing now and drop the plot to do so? Never mind they need to know it. Show it. Buried in the action, in a task that carries importance for a character that you want the reader to care about.

Suppose your main character is headed toward the manor, to meet three lovely suitors and choose one of them to marry. If your character thinks about each one at this time– their merits and advantages, the political situation, the social implications, parent’s wishes and dare we add, how much she likes each one (or doesn’t)– that is all appropriate to the When and the How, it’s in the proper context and relevant to the character’s thoughts. Sure- but this is going to take several paragraphs, all at once. And even if you masterfully sprinkled in all the info earlier in the story, it’s still quite relevant for her to revisit her thinking now, at crunch time. Is the reader doomed to a boring recitation, a bloc of world-building?

I suggest you have the character run.

Just adding the speed of her movement to the manor (or perhaps for a few lines, running AWAY!) will lend a sense of urgency to the plot. And after all this is an important time. Intersperse these matters you have to cover with even a small layer of action. Her speed increases as she realizes the dishonor and shame of being late, or it slows as she fights within herself to decide, or to avoid this dreadful decision. The simple action of her movement from one place to another, so often ignored, can lend that meaning the reader needs to empathize. Maybe you took it for granted. And sure, choosing between three suitors, we get the picture. But how long can you expect the reader to just hang on without a little emotional juice while you compare the dirt-poor marquis to the fabulously wealthy merchant and the rake with the enchanting musculature?

Remember, the reader is not actually marrying the dude. You just have to make them WANT to!

Come now, you didn’t seriously believe I would run a half-dozen blog articles out here and not put in a plug for my own work! But aside from shameless self-promotion, I want to demonstrate that I’m drinking the Kool-aid here. When I started my chronicling career I was not conscious of these matters, there were just books I’d read that I liked and others not so much. Working to bring the Tales of Hope to publication has certainly taught me a lot, and I hope you find it useful too. Thus ends the non-apology. 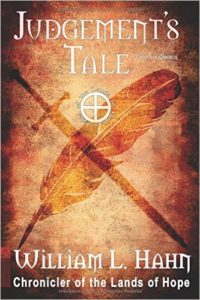 Solemn Judgement is a stranger to the Lands of Hope, but he’s not an ignorant narrator because I never take his point of view when I write. The level of remove I chose means I can only show the reader what Judgement does or let them hear what he says. Fortunately for him (and me), Judgement meets a kindly elvish sage named Cedrith who observes the young lad’s rigid, lonely demeanor and becomes determined to be his friend. As part of his tutelage, he takes Judgement to see a theatrical performance.

This is a veritable King Solomon’s Mine of world-building. There is a metric ton of stuff the reader needs to know about the past of this world, because in classic epic fantasy fashion, Judgement is destined to be the hero tasked with saving it. Thus, the way Hope pushed back the armies of Despair, and the fight between the hero Areghel and the Earth Demon Kog that happened millennia ago, and a hundred other things all need to be presented to Judgement (and to the reader). And I’m using the equivalent of Henry V to do it.

Snoozefest Alert? I knew the risk was there. But consider:

Did I succeed? You’d have to gauge for yourself– and now that I’ve showed you my tricks, I bet you wouldn’t be as impressed with the skill. Camouflage never works once you point it out, and your readers will probably catch up to the same old idea if you go to the well too often. Trojan Horse? Score. Trojan Rabbit, not so much. But I cannot tell you how much better this chapter became from the time I first drafted it to its published form. As you might guess, it’s one of my favorites.

{<– Special thanks to my high school friend Bill Michaels for his  fabulous article on making your own Trojan Rabbit. Yeah, camo doesn’t always work…}

Writing Exercise: The Where

Recall that list I had you scrawl back in the first chapter? Let’s pull that out again and scan the whole thing, the “Needs to Know” part as well as the “Doesn’t” part. Identify one or two of them and challenge yourself: WHERE would this kind of information be BEST found in your world? Forget the tale a  moment: if everything in your world existed what would be the most likely source to find the thing you have down on your list? Perhaps a census document, a newspaper, diary, social register. Figure out where it would most logically be found.

Then think about writing a bit of that. Not your story, but a day or two’s edition of the newspaper, or a few entries in that journal, even an encyclopedia article about these things. Put the information in its most natural order, without worrying about whether the reader will be bored by it. INFORM YOURSELF. See where it takes you for a writing session or two, or perhaps when you feel blocked and want a change of pace. Indulge yourself, write in all the patience-burning glory of detail that you like. Later, you can draw on this new “source” and go back to the rules, dribbling out just a little, putting it in the proper context, adding a sense of relevance, and you won’t feel so beholden to “the whole thing” as you might have originally. It IS already written. It’s a new source!

I discovered an important supporting character for my tales in this way. Whenever I think

of the big political developments happening in the Lands of Hope, I immediately look to the Kingdom Chronicle which annually registers these developments. Chronicle style is easy for me to imitate, and as I got to know the authors better I could use their unconscious prejudices to leak into the accounts and sometimes even help the reader see where the tale was going. Don’t mistake me, it’s still epic fantasy with a large load of corrections to the default setting on its back. But in smaller excerpts it can of course be efficient. And the better you get to know the entry and the author of it, the more you can become absorbed in finding out more about the latter from the former. Which is camouflage (sshhhh…). 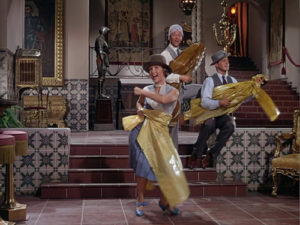 If this all seems somehow dishonest, you’re probably headed in the right direction. Think of it this way: why shouldn’t your writing serve double-duty? We speak of “camouflage” or a “song and dance” and we forget that these things save lives, win battles, and even entertain people. In that tremendous musical Singing in the Rain, camouflage itself is a major theme! They hit on the idea to substitute the heroine’s lovely voice over the harpy’s face. Deep!

I hope you can see that all the preceding advice is pointing in a single direction now. If you’ve mastered the size, placement and context of your world-building you really just have one decision left to make. And it’s a whopper. Next week we conclude this series with The Who. 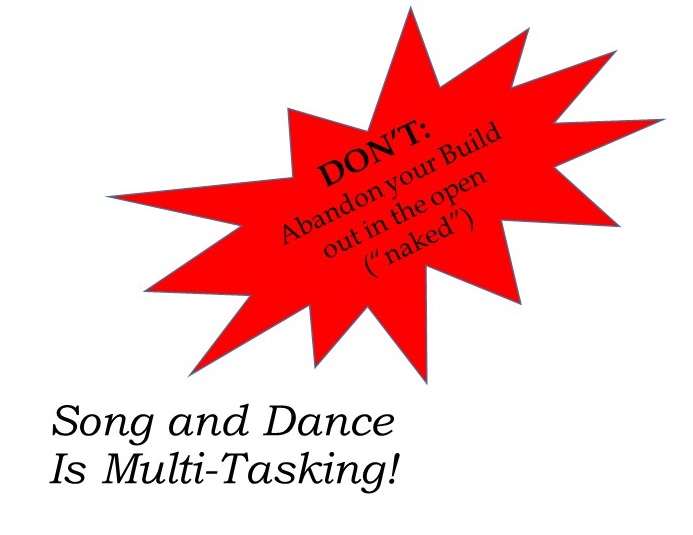