This is the first in a short series of posts about one of the most frustrating subjects for authors. I hope to share some solid tips on the best ways to build the world of your story for readers, and I would be eager to get your feedback about what I put out here. I’ll answer the other classic questions in the following five posts. But first, the big one:

WHY do we have to world-build, and why does it have to be sneaky?

Because There’s No Point Otherwise

This is one of those it-gets-worse-before-it-gets-hard things. Because let me guarantee you, if someone picks up your fiction book and puts down hard cash real money in its place, they are NOT seeking to find out more about their own lives, or what happened yesterday down in the living room or anything else they already know.

They are seeking escape.

And it doesn’t have to be another planet, or a dragon’s island, or some office where people turn their shoes into guns and hide supercomputers in chips under their skin. It doesn’t have to be a city where every guy and gal is drop-dead gawhjuss, and violins play whenever two people talk. Those people don’t need to have purple skin, or high arching eyebrows, or be six hundred years old. It doesn’t have to take place in a palace with a murder to solve or a deep cave with a quest to achieve or a twisting, enormous library with a code to crack.

But it can’t be in the reader’s “here” and it can’t be about “them”. Nobody pays money for that.

They paid the hard cash money for your book to be taken to another world.

But not to learn about it!

Because Readers are Ungrateful Wretches

I hate hyperbole so let me be clear. When I say “ungrateful wretches” I’m probably being a little too kind. Also unreasonable and illogical.

In short, they demand to be taken away from their “here and now” and plopped into the middle of an extraordinary, fascinating place. BUT- the very instant you start to tell them about this place, they scream. Maybe I’m biased because epic fantasy writing involves probably the most world building of any genre in terms of the default setting (more later), but it sure doesn’t take them long to fidget in the presence of the facts they need to know about the place you’ve created.

They need to know it.

They will fight kicking and screaming against having to learn it.

So you have to be sneaky.

The Patience Horizon is Shrinking

As writers, we tend to imagine our readers investing some fraction of the same time and effort to learn about the place we’ve come to know, that we ourselves did. And we KNOW how cool that place is, we are already in love with it. Why WOULDN’T a reader be willing to plop down and dig in a bit? That’s common sense. You’ll need to get rid of that if you want to understand the reader.

Like I said, ungrateful and illogical. What really happens is the reader opens your book and a candle starts to burn down. The sun is already past noon and headed toward setting. In

other words, their store of patience begins to wane. And your book is burning that candle, pushing the sun out of the sky. Your tale is read only with a kind of clock ticking behind every page. And the reader has to “get it”: they have to arrive at the point where you’ve demonstrated the coolness and gotten them hooked before their sun sets.

I call that the Patience Horizon.

And it varies by genre, in terms of number of pages. I write for the epic fantasy tribe, and we are few but fierce. My readers see the dragon or the sword on the cover and they know, there’s not much they can safely assume about that “default setting” of my world. No modern technology, maybe mythical creatures, magic spells and effects; there’s a lot on the table for me to explain, but my readers tend to know they have to have a long Patience Horizon to give me that chance.

And here’s the killer thing–

the Patience Horizon is shrinking.

All the time, and dramatically.

Because there’s so much else a reader could be doing. Mostly with video and audio. Things 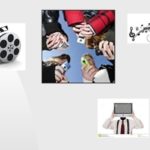 that just pour entertainment into their heads, and are more passive by far than reading is. Hell, they don’t even have to flip the page! And everyone knows the ratio of pictures to words. Nobody could ever read fast enough to catch up. In a movie, even a fantasy movie, the viewer can be clued into the races, the monsters, the magic, all of it in a single scene, not in fifty pages but in fifteen seconds.

The Times They Are a Changin’

Many of the great writers we admire did not have to deal with this. Tolkien, the Moses of my genre, could craft his tablets in peace and present them to people who had no TV, for whom seeing a movie meant a road trip. He could take his time to build the world. And boy, did he…

When I got to the Council of Elrond, I was totally hooked– I became so engrossed in the tale I didn’t even notice that I had finished book 1 and picked up book 2! But that was the early 70s. Nothing on the tube. Four feet of snow blocking the driveway.

My readers have choices.

And if you write in other genres? Well God bless you!

Sure, sometimes you have less to explain to the reader about gravity, taxes, nuclear families. But they are not going to wait. You’re stuck.

Are you noticing a common theme there? Like I said, ungrateful.

But No Escape from the World You Built

Nevertheless, you are writing about a place, or a time, or a state of mind that the reader doesn’t know. Even literary fiction (or “high” fiction, stuff set in the Alleged Real World, with “real” people and “normal” situations) takes the reader away. In some ways, the worlds built in literary fiction are more crucial–and probably harder– to portray than wild far-out sci-fi or dystopian paranormal cross-undead romances, because they require such a fine precision of description, or interior voice or allegory or any one of a dozen other things that are completely unrelated to finding the artefact of ancient days that will destroy the demon ravaging the kingdom. There are readers who want to go to every world we can imagine. You must remember that.

They want to be “there”, they bought the book.

Hopefully I’ve convinced you why you must build the world for your readers.

Coming up, five paths you can take to sneak it past them!

Come back on Two-World Tuesdays for each installment, where I’ll add a little color to five aspects of world-building. All are related and the general theme of sneakiness applies. I hope you enjoy them and will share your thoughts about world-building for everyone’s benefit.

The times have changed. The Patience Horizon is shrinking. You know the only place you can still find a reader curled up for hours with a book? IN A BOOK!

2 thoughts on “Sneaky World-Building Part 1: The Why”