You are wise to consider such a synthesis, Solemn. There are many worlds, but only a single nature.

Probably my most eclectic look into the Alleged Real World yet, and certainly the most appetizing. Annie Douglass Lima, who has graced these pages more than once, has a new book out and the subject caught me totally by surprise. It’s an oatmeal cookbook. I had to know more, so girding my literary loins I brought her in for questioning. 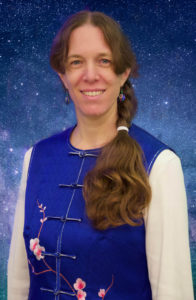 Will: Are you saying this is the food of fantasy? Do we have any information that people before the modern era ate this stuff?

Annie: I’ve heard that people have actually been growing oats for food for over two millennia now. But when prepared right, oatmeal has the potential to be so fantastically delicious that I believe it belongs in the most magical of fairy tales and legends! I hope that by using this cookbook, oatmeal enthusiasts of all literary tastes will feel as though they have been transported to a world of culinary enchantment!

Will: Sure, fine, but could the people of, say, the Krillonian Chronicles, have made these recipes with the techniques and ingredients available to them?

Annie: Absolutely. They have most of the same ingredients available to them as we do, thanks to a thriving trade among all the provinces in the Krillonian Empire. In fact, one of my characters in The Collar and the Cavvarach (Steene, a martial arts coach and fitness expert) really does make healthy but delicious oatmeal containing nuts and different kinds of fruit. His recently acquired slave and trainee, Bensin, benefits from this new healthy diet as he works to improve his athletic stills with the goal of winning the empire’s most important tournament.

Will: What do we know about the overall diet of people in your world? I know that 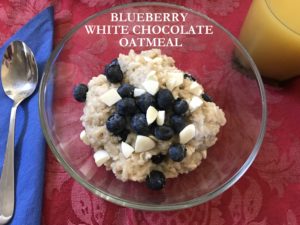 historical peoples ate FAR less meat and sugar than we do now (we have the diet of kings, which explains a lot about our waistlines and insulin sales). Do even the rich in your world eat their oatmeal?

Annie: Raymond, a spoiled rich kid who plays an important role in The Student and the Slave, turns up his nose at oatmeal at first. He prefers his chocolate chip pancakes and extra-cheesy eggs. But Steene manages to convince him that a champion athlete, which is what Raymond hopes to become, doesn’t live on chocolate and cheese. Raymond is pleasantly surprised to discover that Steene’s oatmeal actually tastes good.

Here’s just one of the recipes in Annie’s book, for Blueberry White Chocolate Oatmeal. Seriously, what kind of barbarian wouldn’t eat any of those three things anyway? And now you’re telling me it’s a monster-beating breakfast too! 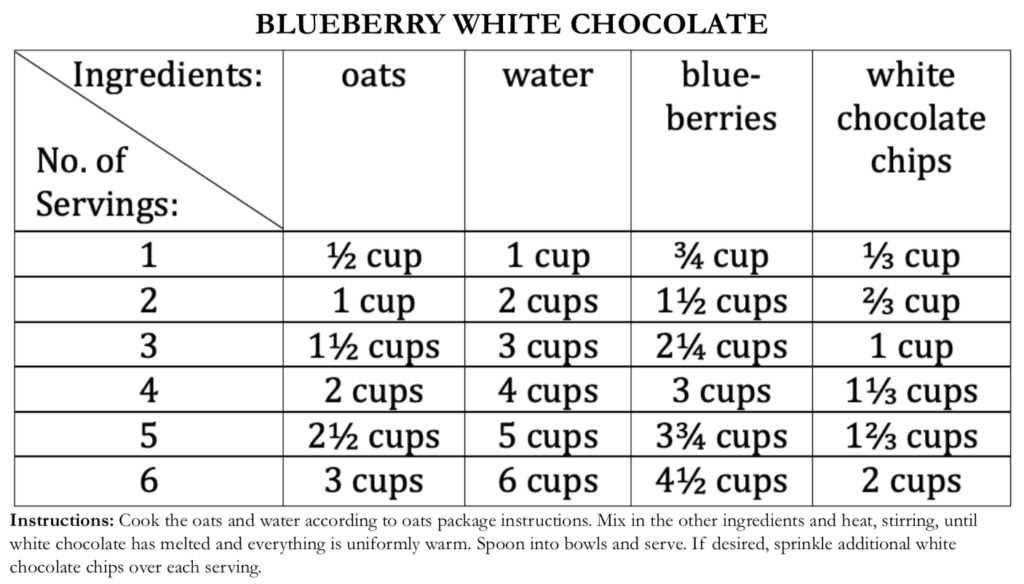 There you go; how far your fantasy heroes get in the arena, in the slave galley or at the dragon cave may depend on what they ate when they got up that morning. And every morning before that, of course… Roman gladiators ate a high protein, high fat diet thought to build up muscle mass and especially to give them an extra layer around the middle (to protect a bit better against glancing blows). They quaffed a “power drink” which included volcanic ash dissolved in vinegar among other things: personally, I think I’d prefer the gladiatorial combats, but there was strontium in there for better bone health.

Authors should consider the differing diets of their characters, and help bring their readers into the world so they can smell the cinnamon and feel the heat of porridge as it warms the core on the snowy mountainside.

Who actually lugs cinnamon up a snowy mountainside is your problem.

Once Upon a Bowl of Oatmeal

Are you tired of high-sugar, low-health-value instant oatmeals in tiny serving packets full of artificial colors, flavors, and preservatives? Once Upon a Bowl of Oatmeal contains 70 hearty recipes packed with natural ingredients and brimful of vitamins, minerals, fiber, and antioxidants. All are gluten free, assuming you use gluten-free oats, and vegan (or they come with a vegan option). Most require no salt so are perfect for a low sodium diet. Almost all of these recipes can be prepared in ten minutes or less, saving you time in your busy morning.

Oh … and no more math! Whether you’re cooking just for yourself, for a family of six, or any number in between, every recipe comes in the form of a handy table that shows exactly how much of each ingredient you’ll need for however many servings you want.

Tasty enough for kids to crave, but wholesome enough to appeal to health-conscious parents, these mouth-watering recipes will give you plenty of energy for your day while pleasing your taste buds too. Download Once Upon a Bowl of Oatmeal now and say goodbye to artificial breakfasts that don’t fully satisfy.

Take a peek at a few of the fun recipe titles (with pictures courtesy of photographer Denise Johnson).

Ready to grab your copy? Click here to download the ebook for your Kindle or to order the paperback cookbook. And if you enjoy the recipes, please consider leaving a review on Amazon, Goodreads, and/or Bookbub! 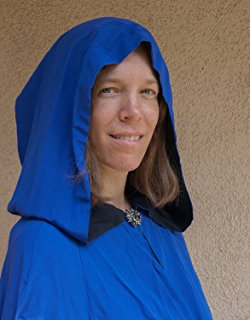 Annie Douglass Lima considers herself fortunate to have traveled in twenty different countries and lived in four of them. A fifth-grade teacher in her “other” life, she loves reading to her students and sparking their imaginations. Her books include science fiction, fantasy, YA action and adventure novels, a puppet script, anthologies of her students’ poetry, Bible verse coloring and activity books, and now a cookbook. When she isn’t teaching, writing, or experimenting with new flavors of oatmeal, Annie can often be found sipping spiced chai or pomegranate green tea in exotic locations, some of which exist in this world.

Sign up for her mailing list so she can let you know when new books are available. When you sign up, she’ll send you a free copy of one of her fantasy books! http://bit.ly/LimaUpdates