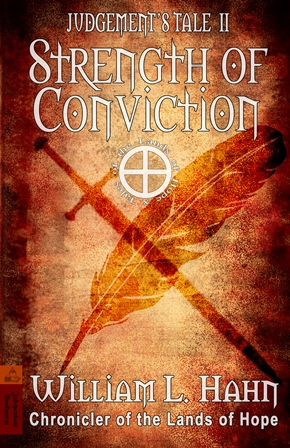 Strength of Conviction, the second volume in the Judgement’s Tale saga, is available now on Amazon. The tale of Solemn Judgement, Treaman, Anteris, Gareth and the other heroes you first met in Games of Chance now continues.

As an added bonus, starting September 29th through October 1st, Part One Games of Chance will be  completely free. If you haven’t started on the saga, here’s a great opportunity to get all caught up for less than three bucks. I hope you’ll take a moment to pass along this news to someone you know, but I don’t, who likes epic and heroic fantasy.

In the first volume you got acquainted with the good and bad guys; most crucially, a gentle Sage named Cedrith was thrown into Solemn Judgement’s path, probably saving him and the city of Conar from ruin. Now in the second book, you will see the Woodsman Treaman and his encounter with a deadly dragon; Anteris the scribe’s apprentice finds out more about the stiff-necked preacher named Alaetar; and Solemn Judgement seems unable to avoid deeper and deeper trouble even though he’s living in a library! Meet the four-year old Riddy who comes to fear and love The Ash Man. Puzzle through the secrets Conar’s nobles keep, where one knight prays in place at the cathedral while another rides away never to return.

As the central kingdom of the Lands of Hope languishes without rule or reason under a worsening pall of chaos, most Children of Hope stand by and do nothing. The few who would dare are outcasts and strangers, either too high up, or too far inside, or still too young to help. Worse, all their scattered mysteries seem unconnected.

Treaman the Woodsman struggles to guide his companions through ensorcelled wildlands to safety. The poorest knight in the city prays by Conar’s statue for weeks without ceasing, as though his life 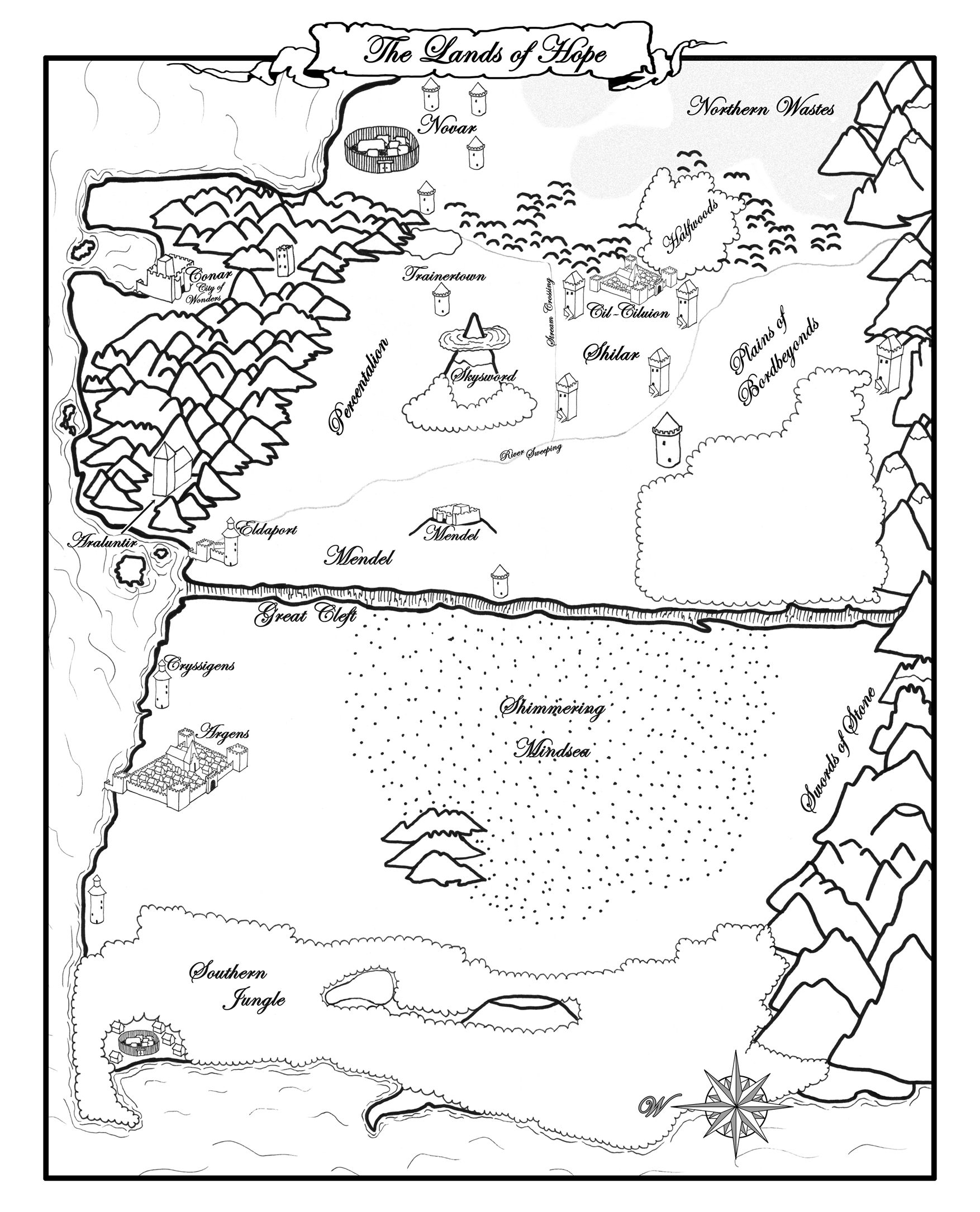 depends on it. The young scribe Anteris copies histories for his master by day, dreams of adventure till sunset, and searches the stars by night for the riddle of his future. A noble Conarian heir seeks to join a lost legendary Order, putting his duty before his life. A gentle Elvish sage confronts the greatest of puzzles, the closed door barring the way to friendship with his greatest, and most dangerous pupil.

For Solemn Judgement, the Man in Grey, is learning that names are indeed important when he shows… Strength of Conviction.