On Saturday June 20th I attended the Hockessin Book Fair near my home in Delaware, for the first time as a vendor. I have tried, and failed, several times to describe what kind of line-crossing step this was for me. No words, you either do it or you stay on the sidelines. And I made the right decision.

Yes, I sold some books. More than I expected, no question.

But that only pleased me (very much). The gift beyond price was the evidence of support I received from everyone there.

Probably 90% of that line I mentioned is crossed before the event starts. You have to decide you’re going, you have to flog it on your platform, you have to assure fans and friends that it will be worth their while. I was a head-case for two weeks, I was in fact D.E.D. (Doubting Every Decision) I made. Mention it three times on FB? Or should it be only twice? I leaned toward emphasizing how cool the event was going to be (the large number of authors and artists who had signed up, the ice cream, the extra events): I knew this because I had come as a lurker the previous (first) year. Still had butterflies as I looked at my wares and thought about hawking them, but I was confident if people came they’d like being there. 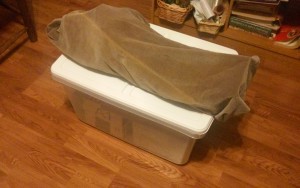 The day before, I packed up my world. Yep, the Lands of Hope in a box: just add imagination. This was a funny moment for me. Remember, my lovely wife did crafts fairs for years when we were just starting out– and what a long, hard run of work that was– so I had a notion about the details you needed to remember.

But I found I could not just make a list of what to bring.

I had to tell myself a story! I wrote it out on paper:

Will comes to his table 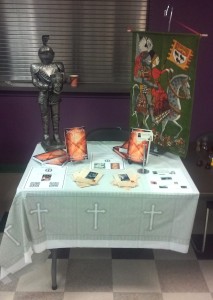 He sets out the cloth

And while I make lousy lists, I tell a pretty good story! I think my booth, while modest, showed its own tale well and folks liked it (many said so directly, even other vendors).

I saw REALLY cool things at other booths, a couple of which formed “duh” moments for me complete with V-8 head-slap. Digital picture frames with slide shows and

trailers? I gave my lovely wife one years ago and we’ve never used it. And most sellers had a big edge in the area of non-book LOOT. Buttons and magnets I’d seen before: book cards are always popular and several folks took mine. But some authors go the whole nine yards. How about Liz DeJesus, who writes in the popular alternate-fairy-tale sub-genre, with gorgeous silver Fairy Tale Survival Kits! I have to do some serious thinking around that idea.

So– see the prep as part of your tale, and keep rewriting it.

Just before the doors opened, they lined us all up to hear from Mark Bowden. Mark’s the real thing that the rest of us are dreaming about. You can win an award for your writing, maybe call yourself a mid-lister, that’s all fine. Two of Mark’s books (Blackhawk Down and Killing bin Laden) have been made into movies. And this comes AFTER a career writing for the local paper in Philadelphia. So, yeah, legit. We listened. 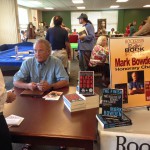 Mark said several things that were as meaningful and impressive as I expected. He said writing can go from something you do, maybe to a living, but then to a way of life (not the same thing). Yes, that; I have increasingly come to think of everything as a tale; I want to describe, to find just the right word, to arrange my memory into story-lines. And as Mark also said, this is not really natural! We live in a flood of ideas, we don’t follow a single train of thought for an hour at a time, not usually. I had never considered that before, though I think maybe as an avid reader of things like epic fantasy, it’s more of a habit with me than others. Before Mark spoke (and it was seriously three minutes, maybe four), I tended to dismiss his presence “ah, bigwig, he writes about the Alleged Real World, no use to me”, but I was humbled by his manner and the intelligence he offered (which applied just as well to the artists among us).

So– don’t skip the headliner if they give you a chance.

The fair went very well, and almost too quickly. The DED-storm rampaged in my head for the first couple hours. The two fellas selling history books to my left, they’re going hard sell (calling out to folks as they approach); am I being too passive? The lady to my right, with the inspiring story of work in a hospice, she gets into long conversations with customers, am I doing it wrong? Should I listen in!

Fortunately, with some experience from Dorie’s craft fairs, I could laugh at myself

about most of these details. But it takes a toll: I was hungry long before lunch and deliberately had not brought anything large or soft to eat because I was mortified about being caught with a mouthful of sandwich when someone asked me The Question.

I am telling you people, you can lose weight just from playing the Eye-Contact Game. You and strolling customers take turns looking: at the display, at the other person, at your shoes, but not each other at the same time. You know she’s looking and you nod, but keep looking away. She does the same, so you both say hello to empty air. ONLY if she stops, then spends time reading, then picks up a book and asks a question, only then do you engage.

And they asked The Question I’d been dreading for months.

Seriously? Judgement’s Tale is 200k words, and it’s in two covers right now, and it has a sequel. Am I lying just by opening my yap? This one paralyzed me. I prayed about it. And just as the first customer asked me The Question– honestly, at the last second– I think a good answer came to me.

“This is that classic tale where the orphan youth needs to save the world.” 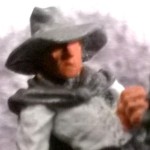 From there I added details in different directions: no one accepts him, he’s very driven, the bad guys are getting ready to take over and he doesn’t know it.  I got myself and all my stupid DED out of the way and just let my admiration for Solemn Judgement shine. I have no doubt they got the message.

And several chose to buy into it, quite literally.

So– drop the DED and just love your work with people around, same as you do when you’re writing.

The Children of Hope are Everywhere

I am simply overwhelmed at the supportive response I got from family and friends at the fair. 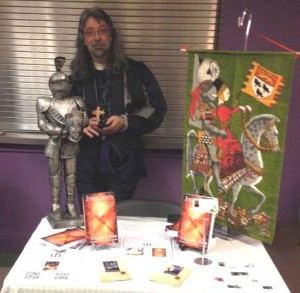 Everyone bought the combo! Yeah, I have Judgement’s Tale in two covers now which makes a cheaper opening investment for folks who aren’t sure. But the people who decided to buy wanted the whole thing. I was humbled and inspired. The thought that readers out there may soon be perusing my chronicle (in PAPER, mind you, turning actual-factual pages and maybe chuckling, or going back to check something earlier, or dog-earing the spot)… I will never be good enough to describe how that feels. But thank you to good friends, whom I now count among the Children of Hope. You are not alone, and the number keeps growing. I will keep bearing witness to everything I’ve seen, in between my so-called real life. And I feel energized to get back to that happy chore at once.

So– make the contact, flush the DED and MEET people.

Remember why you started, get out of the writing shell. Notice all those who came out with you and want the same thing. Feel good about that camaraderie. You are no more in competition with them for customers than you are with the readers for air to breathe.

Thanks to the book fair, I remembered again why I love to chronicle the Lands of Hope. Ar Aralte!