Because in the end, you have to show, not tell.

I had such a warm response to my Classics post on Frankenstein that I thought I’d send up a bonus contribution on a monster who is definitely NOT in the Lands of Hope. I saw the figurine set long ago and couldn’t resist– it wasn’t so much Frankie, but the mob I wanted. 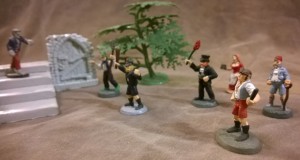 Why? How can you ask such a question. Just look at them! This is the gang from that idyllic mid-nineteenth century village, where even the poorest citizen dresses like he’s headed to the Ren Faire. All they wanted was peace and good business, 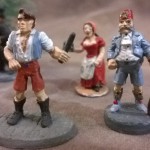 but no, the mad doc had to crank up the lightning generator and now look at this mess. I loved the monocled constable, the police chief, the simple grocer who showed up with a stick of wood– sure, he’s going to take down this monster, you bet! And what collection of townsfolk could possibly call itself worthy without an angry farmer shaking a pitchfork. You MUST have the guy with a pitchfork (hey, this was decades before Shrek, I just want that on the 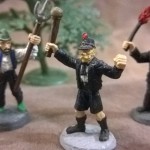 gender balance. I threw in the barmaid from another set because a) monster-chasing is thirsty work and b) she’s rather well set up and c) I think I might go with two tankards of ale as the best weapon of the lot.

I can never look at this grouping without a chuckle and nostalgic sigh. Not for any such act of reanimation that happened in the Lands, but just for the classic drama and pathos of it all.

I went back to the smartphone camera for this set. The group shots had to use the normal lens, while the Nokia Focus served me for the closeups of three or fewer. Some had flash, for a night-time effect, and the Frankie closeup is “color-popped”, which I guess is Nokia’s word for a grey sepia wash (if you know me, you won’t be surprised to hear I like it). 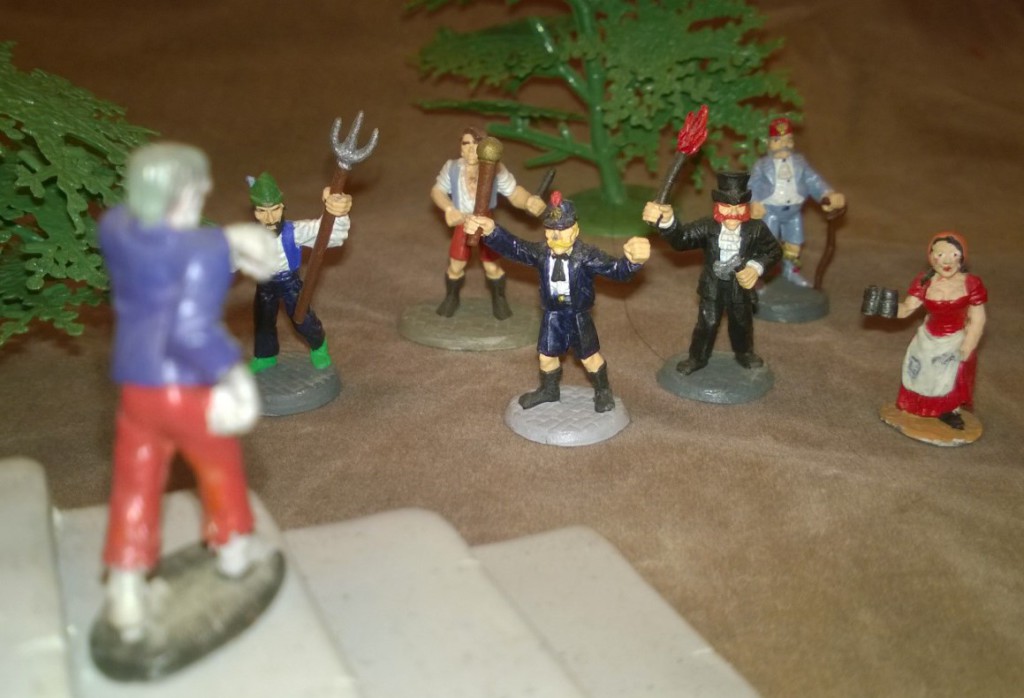 So enjoy! Hollywood’s vision of the tale, which never happened in the book nor in the Lands, but fun nevertheless. Can’t we all just settle this over a pint?