So, who else is going to do it!

People say they love the tales, but for various reasons, they don’t wish to review. Fine then. I’ve helped with cover design, proofed, passed on edits, used social media and handed out book cards. Why not this? So my One-Word Wrap-Up and the Short Summary will give you undecided readers the quick peek you’ve needed. More detail if you want it, and links to other themes and ideas because I can!

I hear you, dog in the fight, but don’t worry. I’ve got the Maybe Not section in each; painful as they will be to write, I promise to give you the downside of the book I review as well.

No further ado, the I-Do Review for

The Plane of Dreams 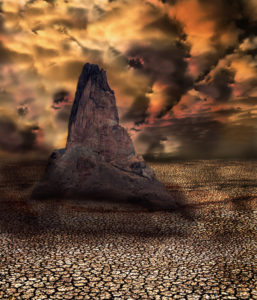 One of the biggest adventuring groups ever chronicled in fantasy hangs together, just barely, and deflects a threat not only to their lives or the kingdom, but the entire waking world. I mean without them, YOU would probably never sleep again.

(BTW, that line is first quoted in this book, though it’s always true!)

So I said ‘biggest’, and the number you’re looking for is eleven. Nearly a dozen heroic characters who get detailed attention, and who have a substantial impact on the plot. The adventuring band comes to be known as the Tributarians, a name given them by an enemy. Some you’ve already seen, by which I mean quite literally I’ve shown them to you: 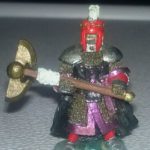 Qerlak Barleybane, third son of an Argensian noble who cannot inherit, adventures with the commoners and falls into enough treasure to afford enchanted armor and the downpayment on a foef of his own. The young Pious Warrior thinks he is retiring from the group at the very beginning of the tale.

Gelethiel Nomenseer, human Mage whose as-yet untold encounters on the Shimmering Mindsea drew her to the study of dreams. This seeming eccentricity turns out 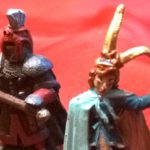 to have a major impact, as the title of the tale indicates! She goes with Qerlak to his foef, thinking as he does that they will no longer have to risk their lives in remote places.

Others of the group have only been referenced in passing, as with Meandar, the Stealthic who seldom appears, but is always there throughout the book. I can say no more, but the villain in this case is also the hero. Another protag guest-starred as an example, namely the incredible strength and stamina of the warrior Spitz in my calculations on hauling a golden skeleton-statue. 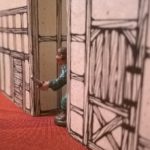 Two heroes have lesser mentions, though not smaller contributions. Engurra the martial wizard is almost spooky quiet, competent and calm, yet captures the albino animal-handler Petekris El. One of my favorite chapters is told from the point of view of the magic-jack, the Halfling Trillien, who quietly turns the tide against the Scarlet Contra single-handed.

This leaves a set of four directly in the midst of the plot, the quartet who between them lead the Tributarians if anyone does. In no particular order, Sallinj’r the Elven Bard, Cheriatte the Elven Preacher, Zoanstahr the human Mage and Solo the Dwarven Pious Warrior are the most experienced and driven heroes of the group. The tension and enduring friendship they display is at the heart of the tale.

Still two left! But they need less introduction to anyone familiar with the Lands, especially 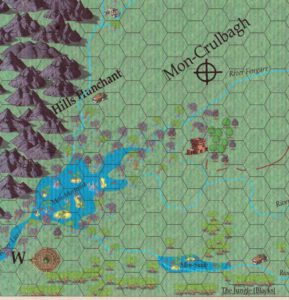 now that other tales have published. The Plane of Dreams was the first complete Tale of Hope I ever drafted; its events took place in the year 2001 ADR but I set it aside for a trio of shorter works before I published it: one of those was the sword-and-sorcery novelette Three Minutes to Midnight, set back in 1992 ADR and featuring the legendary Stealthic Trekelny. After next publishing PoD, I turned back in time again to the year 1995 ADR for Judgement’s Tale and its sequel The Eye of Kog, where one of the great heroes of this or any other saga was introduced in the Woodsman Treaman. These two veteran adventurers rounded out the Tributarian roster, one by joining and another by leaving (or so he thought), near the beginning of the tale. 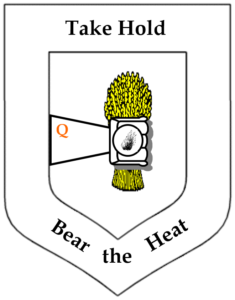 That’s only the heroes mind you. Minor and supporting characters include a captain of the city guards who stars in a couple of chapters; previous lords of Qerlak’s new keep in Mon-Crulbagh, who have taken note in the castle journal of certain menacing events that inform the newest tenant; various regulars in the tavern who are absolutely certain what’s going on (and in fact have not the slightest clue); a beleaguered castellan, paranoid merchant, pet panther, and three haply-met youths taking their first steps down the adventuring path and skirt the edge of the plot (but will later come into their own in the novel The Test of Fire). Don’t get me started on the villains. 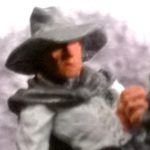 And BTW? The Man in Grey.

When I said the one word for this novel was “faithful” this is where it could leave some readers behind. If it does, the words they will use include “uneven”, “disorienting” and maybe just “too long”. This is the novel that the pros would look at and immediately declare, there must be five fewer hero-characters, maximum three supporting names, and combine at least the two major villains into one. Then cut 20k words and it’ll be fine.

Not happening. Death before dishonor. I am a Chronicler and these are the people who were there. There are indeed many points-of-view you need to be in on to understand the tale. Lord of the Rings started with nine, but never took solo PoV when you think about it (Tolkien was firmly rooted in omniscient third-person).

If you don’t like getting clues from centuries-old wine-stained writings or a blood-spattered letter, watching a fight through a panther’s eyes, or following people into their dreams (the title, duh!) then this tale could really frustrate you. But that is what happened, and I exerted my utmost skill, not to dazzle or educate, but to remain faithful. I invite you to judge on that basis.

The Plane of Dreams is available at Amazon in e-book and now paper formats.

2 thoughts on “I-Do Review: The Plane of Dreams”