Classic: a book that people praise and do not read.

Unless you live in Tennessee, I’m going to go out on a limb and assert that just like me, you did not win an unthinkably huge pile of money last month in the Powerball lottery. Instead, I contributed a modest amount to someone else’s dreams, and in return received the entertainment value of a few days mooning over what I would do if… I’m fine with it, of course, but that may only be because there’s the chance at another jackpot waiting in my future. I buy tickets on occasion, just one or two, and I enjoy the thinking, the dreaming. As much as I complain about vet bills and car repairs, I don’t truly need the money.

We all know and fear how wealth could ruin our lives: the two seem opposed. I’ve blogged before about Ebeneezer Scrooge, one of my favorite tales of all time. Among the funniest routines from the days of radio was the defining skit of famous comedian and infamous tightwad Jack Benny.

Robber: Your money or your life.

Robber: I said your money or your life!

This week I’m delving into the bookend piece of A Christmas Carol. Every few years I re-read the classic tale about the guy who gets it right, who uses an immeasurable pile of money to correct injustice, gain a much-needed revenge, reward the virtuous and win back

his life. It’s both, not either, for Edmond Dantes in Alexandre Dumas’ The Count of Monte Cristo.

The tale itself, I assume you know. If you have not read it, or at least seen it, I can have very little to say to you, on any subject. This is one of those books you’d have to have on the desert island: it’s seminal to my thought process and quite simply one of the most ripping good adventure tales ever told. I find longer and longer versions over the years and like its story all the more. It was decades before I realized it must have originally been written in another language. I still don’t know if I believe that.

Let’s not argue about this. Edmond Dantes is first mate on board a merchant ship in the days just before Waterloo, with a fiancee’ in port and a secret letter in pocket, looking exactly like a character in a story about the Alleged Real World.

He promises his dying captain to deliver a letter. One letter, he promised. And three unhappily-met enemies later, he’s been robbed of his position and freedom, deprived of his family and lover, and buried alive in the Chateau d’If while Napoleon’s return rocks

Europe. Yes, a bit far-fetched as bad fortunes go. Then he meets that combination of Sokrates, St. Francis and Da Vinci in the Abbe Faria (next cell over). A man who knows multiple languages, astronomy, mathematics, philosophy and history, but somehow tunnels too short, bringing himself to Dantes’ cell for the express purpose of turning our hero into a walking encyclopedia. The two men continue the tunnel (years of work), the Abbe dies just before they are done, and one body-swap-plus-near-drowning later, Edmond Dantes is free with 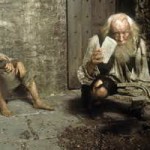 only the directions to a tiny island and its massive treasure to live on.

And by massive, I mean Powerball. Without the state and federal taxes.

Now then, how many protagonists 1) get the treasure in the MIDDLE of the story AND 2) use it correctly? Aladdin, easy come easy go; not really good with money or power, he just loves the girl.  The Fisherman and his Wife, so not. The Dwarves in The Hobbit, almost no on both counts. But Edmond Dantes creates the mysterious Count of Monte Cristo, 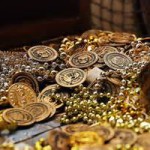 appearing in Paris years later, to find all his enemies have become important people by climbing a ladder that had his heart on the bottom rung. The tale is just getting warmed up.

Dumas misses no opportunity to remind us what we already suspect: if people think you have money, a lot of doors open for you. Money is indeed power, over the spirit of weak and villainous people, and Dantes exploits this. He tosses around a gem the size of a swallow’s egg just to get an informant’s attention. A half-million francs is the price of one acting job from a villain who doesn’t realize how much truth he’s telling.

Yet everywhere you look, Dantes is not just getting his way with money, he’s passing judgment from it. Actually, his enemies are incriminating themselves: the wealthy banker jumps at each million the Count dangles like a treat before a puppy, and misses every time. By the same token, the noble and loyal from his former life are raised from poverty, saved from suicide, cleared to marry by Dantes’ wealth (aided, it must be admitted, by his love for theater).

The Obstacle of Wealth 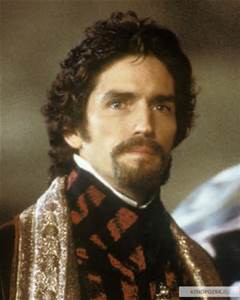 Authors are often urged to throw down barriers to their heroes, for conflict. Chief among these I would say is poverty. Having a poor character creates sympathy, and brings in all its relatives like hunger, exhaustion, and spite from the “haves”; everything to do with time and distance is tougher because you can’t pay to overcome them. In Edmond Dantes, we’re looking at a man who has been horribly wronged, of whom it’s not too much to say that his life was taken from him. Now money, showers of it, and as much education as one might need, he already got that from the priest. It’s Batman without the mask– oh wait, he wears one of those too in the movies at times. And a cape of course. So it’s Batman, except his arch-villains have gotten themselves elected governor and federal judge and chairman of Gotham-Sachs. And who wouldn’t like to take down those guys?

Edmond Dantes is eagerly admitted wherever he goes, owns the fastest ship, employs the most loyal servants. Time and distance do not oppose him. His enemies are agog and ignorant of his intent. But he must be Justice itself: and who has sympathy for an avenging angel? The central question of The Count of Monte Cristo is whether he is after revenge or something more. By enacting his plans with perfection, he wreaks havoc on the lives of his enemies: you can hardly doubt he will succeed. It is not his goal, at first, to do justice. But when his perfect scheme causes worse than he intends, those plans must change. His next goal is not, at first, to survive. But a path to redemption opens when he places his trust in the one who wronged him least.

Mark these crucial moments in the unfolding of the plot, and you can see that beneath the layers of gold and jewels is still a man, named Edmond Dantes.

So a staggering pile of loot is the means, rather than one of the ends of the story. How else can we sympathize with someone who has become rich and powerful, whatever he had suffered before? Edmond Dantes begins as a character with many admirable qualities,

including courage, honesty, pride, perhaps much like the hero of your book. He suffers unjustly, in a way losing his life and passing through “death” in the Chateau d’If, then gains the means to balance the scales: most of us don’t know much about that, and in many tales when the hero gets rich we hear the happy-ending music. So the obstacle– indeed the peril of the mid-tale is that we will see thrills but lose this hero. The Count of Monte Cristo has wealth, but still no life. This angel of God’s vengeance comes down to earth again, where we can stop marveling and return to our affection. He is chastened, wiser, happier, and enjoys what is most important in human life, which is love and hope. Not wealth– or so those of us who didn’t hit the Powerball dearly want to believe!

When Edmond Dantes sails off to the horizon, it’s the end of the Count of Monte Cristo. But he is not yet forty years old. I think of his story often, as I re-read it often. Once since I began to chronicle the Lands of Hope, I thought myself at a crossroads and what came to me was his tale. Not because I sought revenge or justice, but I suppose I realized I was in the middle of a story (in fact, two of them). Dumas’ great classic can teach you a lot about where the end of the story lies. No matter what great tale you see, or how many you’ve told, there’s always an end whose place is “not yet”.  Like Dantes, you must always “Wait and hope”. 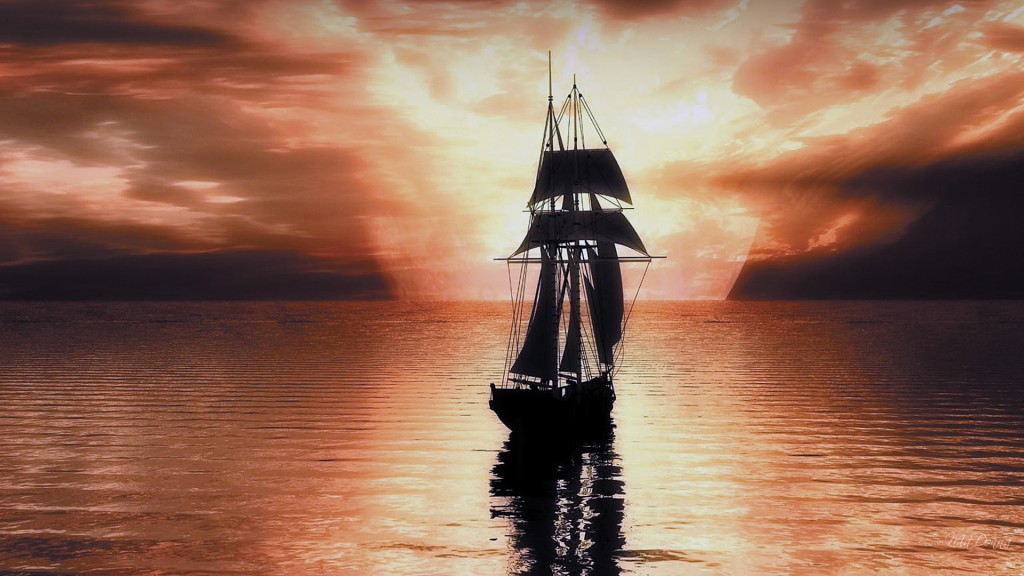