Classic: a book which people praise and don’t read.

Returning to books you, fellow author, really should know but maybe never had the time. I put this one off because when I started the series I had only read it once and was sure I didn’t understand it. I took a second crack recently; maybe understood it a bit more, and maybe quite a bit less at the same time. This one is DEEP, people. It’s got theme (which I know very little about), and skill and descriptive flair, and horror. It’s engaging, depressing, well known yet surprising and before the end it will frustrate you.

Let’s push through the mistakes lots of people make based on seeing rather than reading the tale:

Victor Frankenstein never deigned to give his creation a name, calling it “vile demon”, “insect” and such. Probably didn’t help their relationship any, but we’ll get back to that. Popular audiences need names for things so they did what was logical at the time. And I think it’s a wisdom of crowds moment, because you know what. Frankie is a monster; I mean the doc. Later, I promise.

The passages about how the first creature– and later, almost the wife– come to be are beautifully vague. There’s mention of animating forces, and work in the dissecting rooms, sure. Franklin’s kite had flown fifty years before 1817 when Mary Shelley drafted the tale, but “galvinism” is barely mentioned (another generation before steady flow of electricity existed anywhere). And while Victor is stunned by violent storms on several occasions, there’s not much about weather during his creation days. He specifically cites the need to make everything BIG: so while he’s using tissue it’s not a corpse, or even individual parts. That’s all speculation by movie producers, leading to more roles for tall guys (or work for elevator shoe makers). But in the book, precious few details. A true example of restraint, and it’s probably the greatest plot turning point in the English language. Because after the creature comes alive, everything goes to hell in a handbasket. 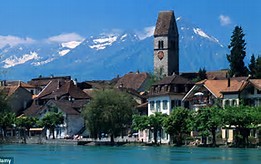 There are so many issues to explore in this book, it’s impossible to discuss them all. Read it for the terrific outdoor descriptions, linked to mood and nicely foreshadowing what’s going to happen. Look at the elevated language, the way Shelley works incredible vocabulary into a flow of conversation that makes you want to never curse or use slang again because this is the only way to talk. It’s well worth your time, and there are a hundred things in this book that no movie or TV show has touched.

Let me bring you just one. Frankenstein is a powerful reflection on how our wishes affect our lives. Not “our” in that distant, comfortable sense of ‘we read about this foolish scientist getting his come-uppance and then go on with our lives’. I mean us— authors, human beings still breathing, all of us and all the characters we could ever dream of.

The danger isn’t that we won’t get what we want. It’s that we have no idea what we want, and we want it anyway.

This is what’s known as a frame story, or a tale within a tale. The majority of what you read is first-person Victor Frankenstein recounting what happened to him. It shifts to the monster talking of how he survived for so long, watching the family in the cottage through the chink-hole, and so on. But that’s all FRANKENSTEIN telling us this. And when Elizabeth writes him a letter, same business– all him, capeesh? 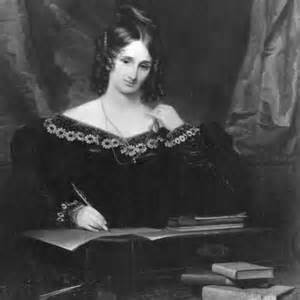 What you realize as the tale progresses is that it’s almost all about what Victor Frankenstein wants. He’s had some tragedy in his youth and he pines to unlock the secret of creating new life. Bearing up under ridicule, long hours of study, feverish labor, the whole nine yards– and then he does it.

There’s a living being, in human shape, on the table in front of him, and the thing opens its eyes.

I had desired it with an ardour that far exceeded moderation; but now that I had finished, the beauty of the dream vanished, and breathless horror and disgust filled my heart.

This instant revulsion is something all the TV and movie versions give a miss to, and it’s a colossal omission because that drives the entire tale. The monster is not a monster because other people reject him (they do so only later), but solely because the Creator is so disappointed (oooh, Sunday school flashbacks, give me a moment).

Now follow me here, this is important. Victor is so horrified and disgusted at what he’s done that… um, he goes up to his room. And after tossing and turning he falls asleep. What the what? He awakens and his creation is there peeking at him through the bed curtains (OK, that IS creepy), and again Victor flees– but not in fear apparently, just ick. He paces the courtyard until dawn and by then the monster is out of sight.

And Victor Frankenstein says “whew” and moves on with his life! Well, nervous breakdown and long recuperation, sure, but he never goes in search, makes no report, nothing. He tries to pretend an eight-foot tall golem roaming the countryside is not his responsibility. He returns with his best friend from Germany to Switzerland, few hundred miles across the Alps.

And then the people near him start dying…

So now we’re in a hall of mirrors. If you read carefully you realize, no one else sees this creature except for folks the monster murders (or who are gone for good). He talks only to Victor, pleading with him for a wife, telling the tale of how he survived, threatening to murder Victor’s loved ones.

By the end of the story there are only two people who have seen the monster and lived through it. And you can’t trust them.

Victor Frankenstein says he wanted to create new life. Apparently, once he got what he wished for he was miserable, and rejected his creation. It began to misbehave, murdering its creator’s brother, best friend, wife, causing the death of others and glorying in its enemy’s horror.

Your Mirror is Right Over Here

And I think any fiction author knows, that’s exactly what happens. We too wish to create– worlds, plots, new heroes. And we are driven or drawn by this wondrous vision of how marvelous it could be: the fame and fortune, critical acclaim and the satisfaction of a job well done. I’m still waiting on those epic-fantasy groupies I promised myself.

Then the book is done. And your creation gets up off the table and looks at you. Next thing, you’re wondering where it all went wrong. Marketing yourself, waiting for reviews, peering down the maw of the publication world, and wondering where on God’s earth you’ll find the inspiration to write the sequel. This… this thing, it murders your free time, takes you away from family and friends, it hounds you to make the next one so it won’t be lonely. If you refuse– mayhem and destruction. Your story is a monster now, pointing at its creator and issuing an ultimatum.

Only the story doesn’t kill anyone, deprive you of anything. You do that yourself. If you’ve ever seen that gory, awful murder mystery Angel Heart, you’ll know where this is going. Maybe Victor Frankenstein murdered all those people himself. He has several nervous breakdowns in the course of the tale, challenges his own memory, was in a fevered state. Wherever he goes, down the Rhine, to Scotland, Paris or back to Switzerland, he always catches a glimpse of a monster he can blame for his problems. But the only one we can prove was there is Victor. Read the story and you’ll see.

Wait- I said this was a frame-story. There is actually an uber-narrator or whatever you want to call him; Walton, a ship’s captain trying to reach the North Pole  picks up Frankenstein’s sled chasing the monster across the ice. Rats, I thought; he’s a witness, saw the monster before rescuing Victor. So we hear the whole tale (from Victor’s PoV) as related in the letters and diary of Captain Walton to his sister, get it? It’s really truly, all him, capeesh? Sheesh.

Ah, but what does Captain Walton wish for…

… I have one want which I have never yet been able to satisfy, and the absence of the object of which I now feel as a most severe evil, I have no friend, Margaret: when I am glowing with the enthusiasm of success, there will be none to participate my joy; if I am assailed by disappointment, no one will endeavour to sustain me in dejection.

Oho. So this guy Walton, frustrated in his former life as a failed author (!!!), takes ship to discover the North Pole or die trying. And he just happens, along the way, to meet and pick up this marvelous, intelligent, caring, educated fellow he embraces as his soul-mate. Walton is the only other  character who spots this monster (forget the crew, they’re not even equity level actors), and the thing he’s always wished for finally comes to him after incredible effort, risk of life and limb, obsession driving him… more mirrors. He nurses Frankenstein while the ship is trapped in ice, is there when he dies, and it’s Walton (no one else) who encounters and converses with the monster who comes to pay a love-hate tribute to his Creator before going off (so the creature swears) to immolate himself in a land that has no wood within hundreds of miles. Yeah. 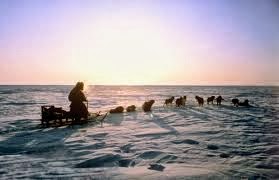 His ship freed from the ice, Walton returns to England to bring us this tale. Which is really all about what HE wanted. And how he wasn’t happy once he got it. Meaning, maybe no monster, no Victor Frankenstein. We have only his word for it.

What’s Your Word Worth?

Take one more frame-step back now. Mary Wollstonecraft wrote this tale– an accomplishment that deserves its own blog post. Probably the first science fiction tale ever, one of the greatest horror stories, and she a woman of just 18, didn’t even get her name on the first edition when it published. She came up with it in a stroke, when her little group of friends (the others all men) challenged each other to devise new ghost stories. {Byron went the other way and started the chain of vampire tales with his… hope YOUR crit-group does as well in one night!} But no question there were things that Mary Shelley wanted– to be an author, to marry a guy who was already married and likely a few other things. To be treated as an equal, to find a mate. Hem, well… seems she got what she wanted in part, and I only hope it made her happy. Even your creations deserve that.

You are reading this tale (again I urge you, go and read this incredible book). And there are things you want to create. How do those wishes of yours drive you, and what happens when you start to see them come true? Is this the same way God feels about us most of the time? Is there no middle ground between the demands of our creations and the destruction of all we hold dear? Will our work always by turns attract and disgust us? Can anyone truly witness to our needs, the kind of friend that Walton wished for? Is there no escape in sub-creation, just another hall of mirrors?

Chilling to contemplate. Frustrating, like I said. As for your wishes, I’d say be careful…

5 thoughts on “Classics You’ve Never Read: What You Wish For”