Classic: a book which people praise and don’t read.

Here’s the only way I can even attempt to analyze the single most famous work of horror the world has ever known. 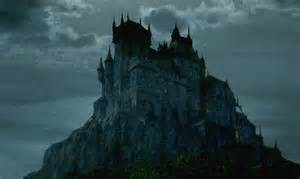 Yes, dear reader, this time I guarantee it will be the classic you actually did read. At least, the first few pages.

And since I don’t expect you to be telepathic, I’m going to tell you the name. No biting humor, thank you: you’re going to be reading Bram Stoker’s immortal– no, really, he doesn’t die– classic Dracula.

There’s way too much in this one to cover: maybe I’ll do more installments later. But for now, I will focus on just one element of this epic story, namely the incredible variety and degree of menace Stoker creates right at the beginning.

And I can’t convey that to you by myself. You’re going to have to help me.

Your Mission, If You Choose to Accept It…

I’m completely serious. I want you to download a FREE copy of Dracula and read the opening. Or use paper- I have an annotated hardcover the size of a phone book. Yes, read it right now. Or at least, before you go much further on this blog. 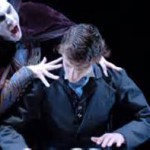 free and it’s a smooth read. On my tablet it’s a few dozen page-flips, the first four chapters. So off with you now, get the book and read through to this point in the journal of Jonathan Harker:

At least God’s mercy is better than that of those monsters, and the precipice is steep and high. At its foot a man may sleep, as a man. Goodbye all. Mina!

As you read, I want you to pay close attention to the theme of menace. Make a list if you want (I have). And remember, no matter how many movies and other references they made, this is supposed to be a book. Don’t use your pre-knowledge of these names and characters; let Stoker introduce them to you.

No peeking! Just read it, then come back and finish this blog post where we can compare notes. I’ll wait right here.

Ahem, I told you not to peek.

The Use of Threat in Your Story

Have you finished? Honestly, did you go and read some pages? Because I can’t TELL you about this feeling, you have to read it and get the tingle yourself.

OK, here’s a compilation of the ways I counted that Bram Stoker builds a sense of threat or menace to his first hero, Jonathan Harker. I categorized them roughly and put the number of instances at the end of each line:

Dozens of discrete instances of increasing threat, every one of them like another turn of a wrench tightening the sense of menace and helplessness. Harker is the fly and ahead of him, the parlor. There’s no outward violence; Harker takes one swing in anger and it does him no good. The Count has complete mastery of his prisoner from the beginning, but dissembles at first until it is well too late.

And one more thing, a theme that runs underneath all the other twists of menace: Duty. At every step, whenever Harker is presented with a chance to turn back, or ask questions, make demands, he finds it pointless since it is his job to be there. His boss told the Count in his introductory letter that Harker could be trusted: that letter is a death warrant, unintentionally dooming the hero from the start,  because of course no Victorian gentleman would let it be said he did not meet his obligations.

Remember, you don’t know Harker from a hole in the wall, he’s new to your reader’s eye. All indications at first are that he is going to meet the main character in the Count, the hero of the tale perhaps. When does the villain come into your view so early in the story?

And Stoker isn’t clumsy about this: the early narrative is filled with an ebb and flow of menace to charm. Harker describes the countryside, the colorful people, the marvelous food. You have plenty of time to recover your senses, and like Harker you doubt that it’s fully as dangerous as it turns out to be, until too late. Even after he meets the Count, they speak of mundane things like property rights and legal matters. You feel a glimmer. But slowly, like the dish steeped in paprika Harker ate on the first day, the taste of menace pervades the entire meal, and everything you read in the story too. And it leaves one… well, thirsty.

Survival of the Fittest?

Final point about the end-of-the-beginning. If you didn’t read it yet, shame on you really. But you probably already know something you shouldn’t. When Harker is at the very peak of menace he takes a desperate chance. The Count has left him to the mercies of the three female vampires, and as soon as this last day is over they will come for him. Harker decides to risk all and try to climb down the precipice on which the castle is set– hence his last journal entry. That’s the extremity he’s been driven to and it’s a marvelous moment.

But here’s what hit me. If I’m reading this the first time, if I haven’t seen any of the

umpty-dozen video versions of this story, then there’s something crucial I don’t know. I have no idea whether Harker survives. So we enter the next phase of the tale, from the journals of Lucy and Mina, and the latter increasingly worries that she hasn’t heard from her betrothed. The menace only spreads, like ripples in a pond. My immersion was so complete that I felt sympathy for poor Mina, hoping Jonathan was not hurt, etc. And that, this gift of threat that Stoker so carefully built in the first few chapters, echoes through nearly half the book, until of course Jonathan is located, still alive.

What a magnificent piece of work, to carefully and delicately construct this edifice of menace. And what a fabulous pay-off it gave Stoker throughout the following pages.

Lessons to the End

Read the whole thing, by all means. If you like epistolary tales that build a sense of reality from many points of view, Dracula is your thing. Stoker’s airtight commitment to the bulletin, diary, letter or telegram is a wonderful way to elevate the writing, because of the structure and limitations it imposes. I have used journal entries and letters myself at points in my fantasy tales where

things dip toward horror. Reading long-ago words from those now dead automatically imposes a patina of creepy; and of course any distraction from the act of world-building is a good one (sshhh). Folks in the North Mark whisper of a vampire up in the Barony of T’yr: fortunately, undead of the second form are rare in the Lands. Time will tell.

If you want to see

Then Dracula should be at the top of your list.

On that last point, I mean the heroes often despair of their chances, but the tension does not arise from the kind of tried-and-true barriers we often are urged to consider. They are not poor, never hungry- one of them is a Lord and can sweep away obstacles with a word to the consulate. They know multiple languages, are well armed and skillful (not just brave and honest). They flash across Europe hiring transport and buying supplies wherever needed. You don’t need to throw those obstacles in their way because their opponent is beyond natural, larger than mortal. Again, there is no fighting until the end: the heroes fall back not from weapons, but from the moment of sunset.

Everyone knows the power of a good beginning: those who follow me have heard 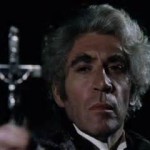 my admiration for efforts like the Immerse or Die challenge. Here we have a foundation built by a master of the craft (or perhaps an author writing his most inspired piece, I have made no study of Stoker overall). The payoff resounds throughout the rest of the epic, bringing rewards time and again in the depth of character and in constant triggers to your interest and sympathy.

Where is that sense of threat in the beginning of your story? How many times do you turn the crank to tighten the menace, and how many different tools are in your toolbox to do it with? I wish your current heroes every success– after they’ve come through the wringer with Jonathan Harker.