This is the first post in which talented authors share some experiences in producing their tales as an audiobook. I’ve been privileged to work with  fabulous folks from all corners, and I hope this small series will encourage fellow authors to engage with a crucial market niche and win new customers. Listeners too may enjoy hearing about how the tale-tellers made their way to and through audio. As I bring one of their stories to your ears, here perhaps are more for your eyes.

Part the First: How It’s Going

This post features two writers who either hired or have me at present (May ’21) on their latest project. I asked certain things in common to all my authors to help set their context. Following that, some questions about their unique journey and opinions. 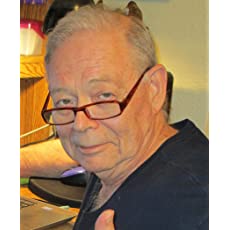 Dave brought Detective Mike Ash into my life, together with some terrific detail-oriented crime stories featuring a lot of focus on procedures and the city of Tampa Florida. Taking Care of Business is the third in the series.

Three. All of them are paper, e-books and audiobooks. While I did not write my first book, Unfinished Business as an audiobook, my next two titles, Business as Usual and Taking Care of Business, were written to be narrated, especially by Will Hahn. I happen to believe in audiobooks; I think they have a great future. 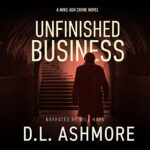 So far, I have stuck with my “Home” genre, crime fiction with themes of murder mystery and vigilante justice. I will not rule out branching out in the future, but right now I’m having a lot of fun with Mike Ash and the ‘Heroes and Villains’ in Tampa.

Interesting question. I had not listened to a contemporary audiobook when I wrote and self-published Unfinished Business on Amazon. When the idea of turning my first novel into an audiobook presented itself, I was intrigued.

As a boy, before television was a staple in every home, there were two major networks, offering a daily fare of radio dramas. They were very similar to audiobooks with the exception 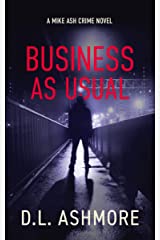 that instead of having a single narrator, the old radio dramas had a “cast” of characters sitting around a table on stools behind boom mikes, and bring a different world (as Will describes in his video) into the living room.

Ten years later, as a young radio-tv production major, my professor assigned a group I was in to do a radio drama based on a scene from Edgar Allen Poe’s Fall of the House of Usher. Then late one night, I heard the KRLD Radio Theatre of the air. Wow! I, of course knew intellectually, that this had been taped earlier in a studio with actors sitting on stools, reading from a script. The sound effects were on cartridge tapes in the control room, but not much else was different. The effect was the same. The effect of these voices reading a script over the radio was transformative.

And today, I find listening to my words being read in an audiobook exhilarating. The old magic of a story being brought to life by a voice is still there for me.

We’ve worked together on Audible/ACX as well as Findaway Voices. How do you find both these platforms? Do you have a preference? 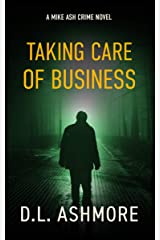 I definitely prefer Findaway Voices. I would recommend them for neophyte as well as experienced authors. All the ‘metadata’ questions up front are a little intimidating initially, but once the project gets underway, it’s smooth sailing, especially with a high-quality professional narrator.

Let me add some advice to authors: choose your narrator carefully. S/he has to be someone with whom you can work closely. This especially includes someone who “gets” you and your work.

Have you found that hearing the audiobook read by someone else has altered your views about Out of Business, the next title in the series? Any pleasant (or un-) surprises?

With a background in radio production, I tend toward writing for a good ‘sound.’ And no worries: if a story ‘sounds’ good, it will ‘read’ even better. Definitely as I write Out of Business now, I do so with an ‘ear’ as to how it will sound with William Hahn narrating. And having a narrator with whom you can work well, who “gets” you and your work, to me is a make-or-break issue in producing audiobooks.

I personally believe in the future of audiobooks. The power of a human voice bringing a written narrative to life is just as much alive today in audiobooks as it was in radio dramas long ago. 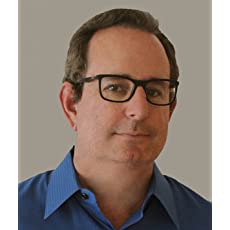 I met Steve by auditioning on ACX (Audible), where cattle have been called for over a decade now. I loved the time-travel genre and could tell just from the sample that this would have humor and mystery in it. One thing Steve does really well, I think, is convey the kind of normal conversation that you can really believe people would have– it might be about trivia, but it’s never unimportant or slow. 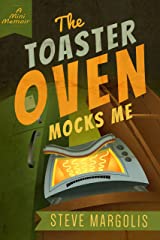 Future Fortune is actually my second book. I originally released it a few years back, and when I decided to make it into a series, I rewrote it, changing the point of view. I also wrote a non-fiction book in 2015 called The Toaster Oven Mocks Me, that is still doing nicely- no bricks through my window for at least a year now.

I probably should have a genre; I’m all over the place. I write what I like. Both my books are humorous, so I guess that’s my genre.

After Future Fortune is recorded, both my books will have audio versions available. I’m thinking of moving them from the “book” section of Amazon to the sleep-aid section.

Oddly, I don’t listen to audiobooks, and I’m not a fan of eBooks either, which is funny because I’m a computer programmer and spend my entire day knee-deep in technology. I’m a paperback guy. But I know my readers are varied, so I try to cover all my bases with multiple formats.

The audition process on Audible is still fairly fresh in your mind. How did you proceed, was it more time than you expected, or do you have any tips for other authors about the audition sample, things like that? 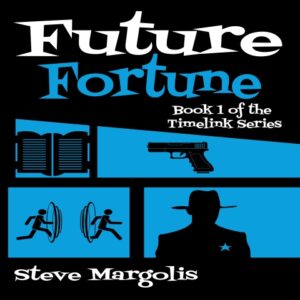 It was actually a lot of fun. I created a script, opened it for auditions, and narrators started submitting recordings. I listened to about 130 auditions, and narrowed it down to five. While I was deciding which of the final five I liked, the submissions continued to pour in. However, when I heard your reading, I moved you to the number one spot.

My tip: listen to everything!

Future Fortune has a lot of humor in it, multiple characters who are funny. Have you heard delivery that was not what you expected? What other kinds of issues have come up that require revision, and how does that work?

You nailed the majority of character voices and situations. In fact, your reading sometimes took a good scene and made it a great scene.

I don’t know how other authors handle the audiobook approval process, but I’m listening to the chapters as you record them, and letting you know if I hear a mispronunciation.

Otherwise, I trust your ear.

Thanks to both Dave and Steve for their candor. Here are the links again for your delectation.