The Lands of Hope are detailed and it may help you to follow along on the maps as you read. Or you could just be someone who likes to see maps! Here they are.

The general map “The Lands of Hope” shows the entire subcontinent west of the Swords of Stone, which are considered impassable. A description of these kingdoms is contained in the Compendium of the Lands and portions of that will be available when more stories appear online. 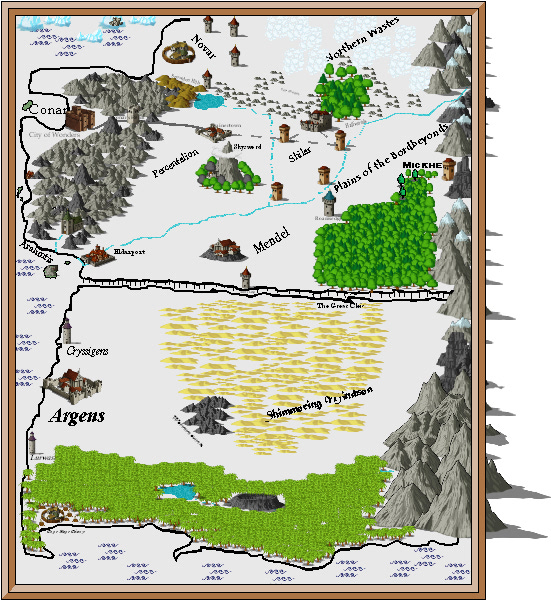 The second and third maps show the Southern Empire of Argens, essentially the lower half of the subcontinent, and then the detail of the Empire’s North Mark. The following detail map show an area of the central empire between Wanlock and Argens which is important to the novel The Plane of Dreams. The second detail map focuses on a minor foef in the sourthernmost reaches of the empire, Mon-Crulbagh, first described in that book, and the principal setting of the demi-sequel, The Test of Fire. 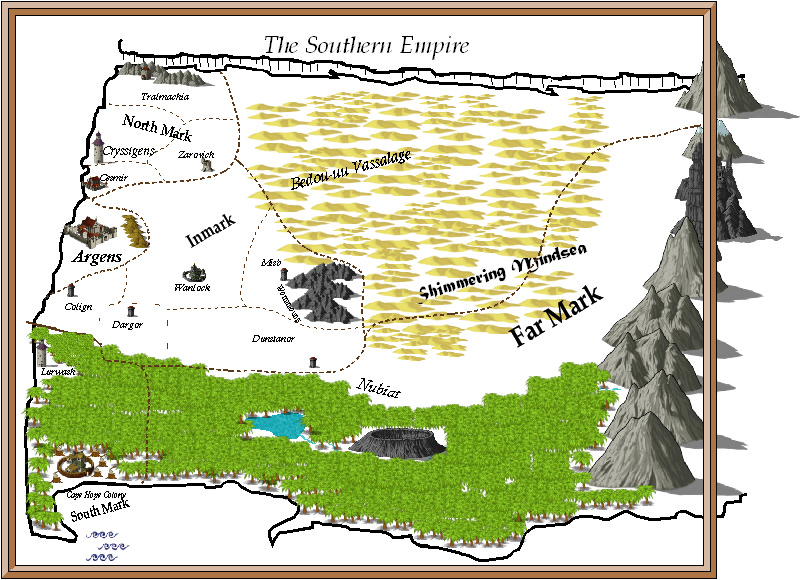 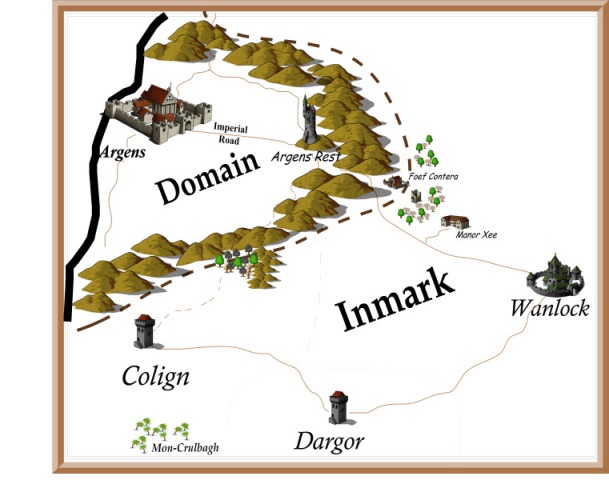 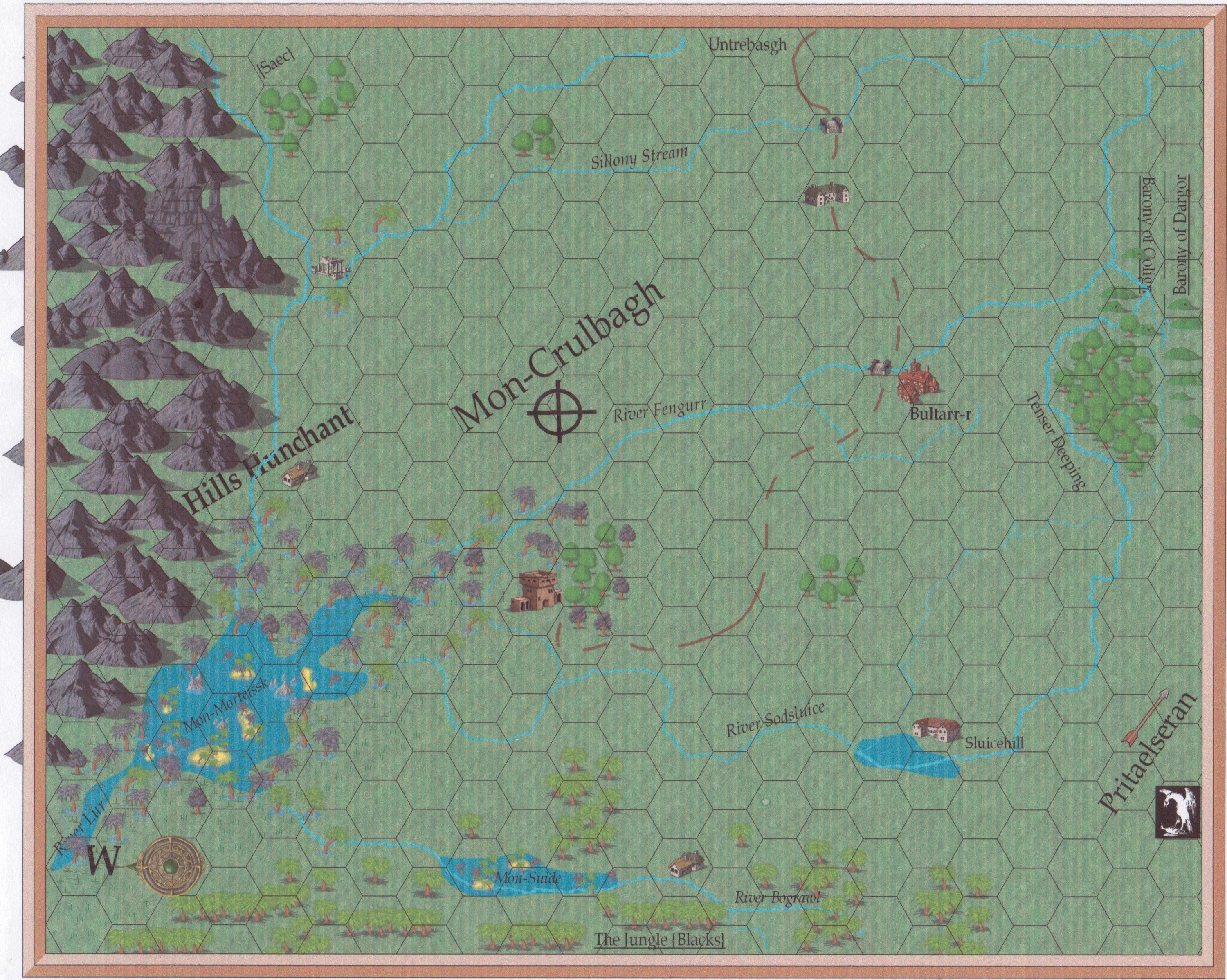 These maps were created with the wonderful
Campaign Cartographer 3 mapping utility, which I highly recommend:

The novelette Three Minutes to Midnight (now available in the revised Book of Tales) is set in the fabled City of Heroes, which until now has had no location on any map. Some claim it is set into the foothills of the Swords of Stone on the easternmost edge of the Plains of the Bordbeyonds, but there has been no proof.

More recently, skilled artist and fellow author Chris Adams has completed a wonderful pair of maps showing The North Mark, also in the empire of Argens and setting for the Shards of Light series which takes place in 2002 ADR. 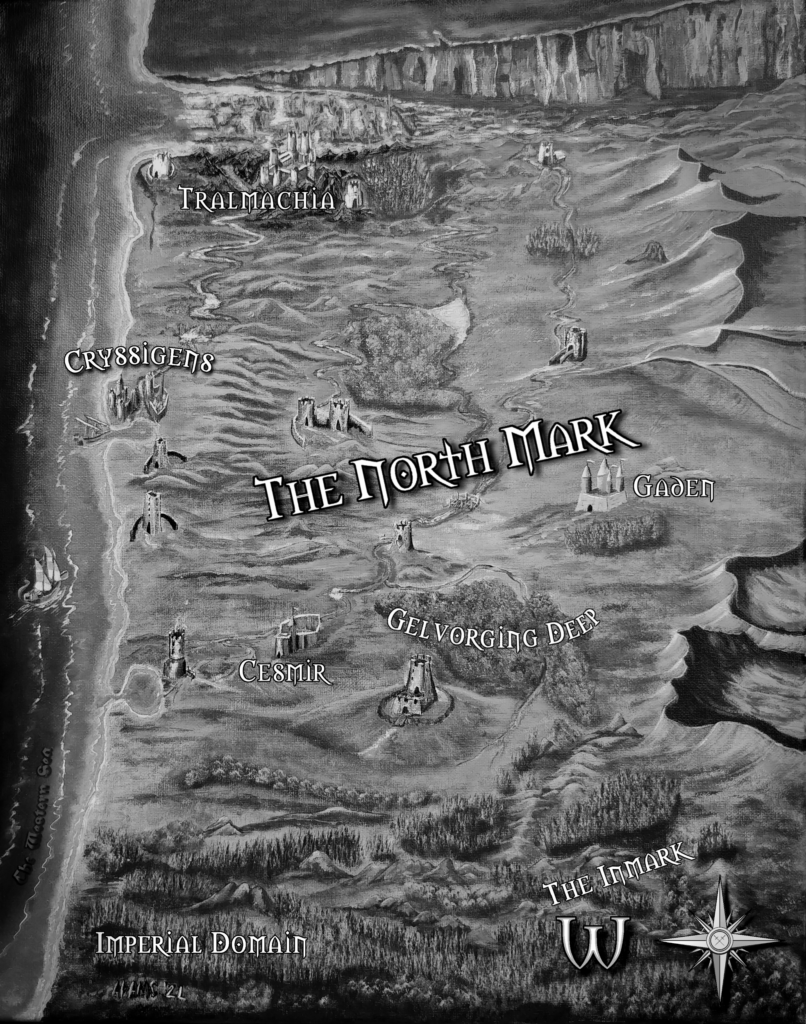 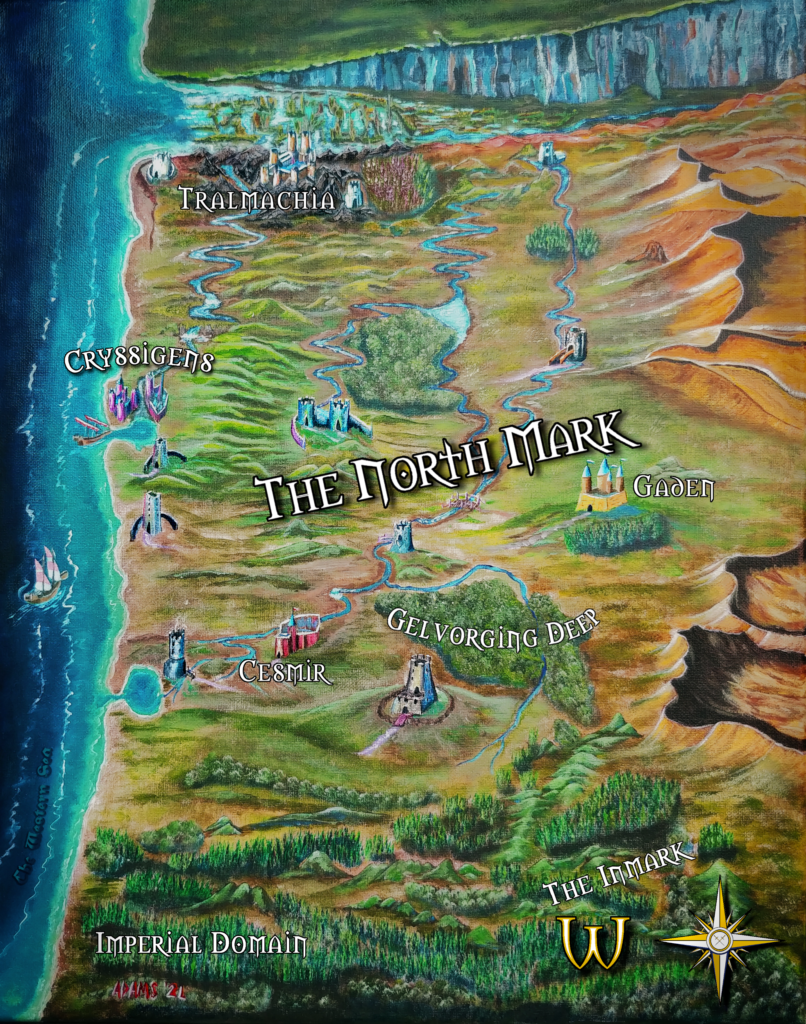