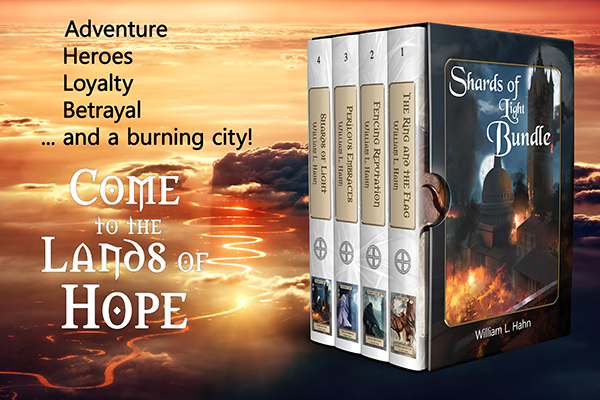 Newly-graduated imperial officer Justin is convinced he has no future, and hearing the details of the secret mission he’s assigned for the Emperor won’t change his mind.

The Stealthic Feldspar hides behind a thousand masks, but just when his city needs him the most, he could lose himself in the most potent disguise he’s ever tried: none!

As darkness and murder clutch Cryssigens by the throat, the flames of destruction reveal… Shards of Light.

This bundle contains all the material from its four component titles:“The Ring and the Flag”, “Fencing Reputation”, “Perilous Embraces”, and “Shards of Light”.